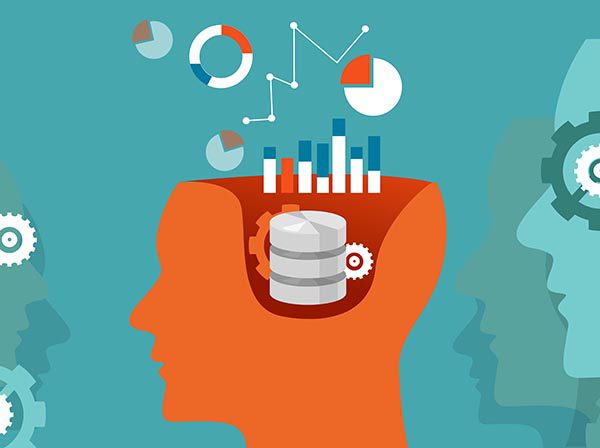 After data science, it is data engineering that is stealing the limelight among techies. Data engineers play a vital role in coding, which is essential to begin with any programming. It is seen as one of the fastest-growing professions of the century.

Data engineering is the aspect of data science that focuses on practical applications of data collection and analysis. For all the work that data scientists do to answer questions using large sets of data, there have to be mechanisms for collecting and validating that information. Moreover, mechanisms for applying it to real-world operations should be in place to ultimately have any value. Those two are engineering tasks,

• The application of science to practical

However, data engineers face various challenges to ensure data security and coding quality across organisations. Data engineers focus on the applications and harvesting of big data. Their role doesn’t include a great deal of analysis or experimental design, but involves creating interfaces and mechanisms for the flow and access of information. Even though when data engineers and companies follow varied standards and processes while developing coding system, there are some universal principles that could help them enhance development speed, improve code maintenance and make work with data easier.

Some tips to ensure data versatility and coding maintenance

Java is an object-oriented programming language related to creating reusable classes and modules. Hence, it might be hard on some data engineers to apply it while working with data. Whereas R is a functional language that simply pipes the functions to transform the data and quickly see results.

Designing Coding To Do One Thing

Data engineers plan for big things like, making their coding reusable. It is a good practice to write it in such a way that is perfect. However, what gives a clear view is the combination of different pieces with the main function. By making functions small, data engineers tend to develop code faster as a failure of a single element is easier identify and fix.

Naming an element appropriately is very important as a new person who looks at your code can immediately identify and understand the intention of the total coding system. Most of the data engineers follow the below criteria to name the function.

Instead of naming a function google-ads(), it is potentially easier to understand get_dataframe_from_google_ads() which has a direct representation of what it has in the system. The longer version indicates the action that the function performs and the object type that it returns. These longer names pay off as data engineers use it for a dual purpose, one to name it and then to call it.

Writing less in coding doesn’t mean less work and functions. Data engineers should keep in mind that they read their codes constantly than write. Therefore, it is a good thing to make code readable and easy to follow. It is also easy for people who in future might adopt the coding system. It is a potential win if the coder achieves something by writing lesser lines of code. Moreover, minimal codes are also easy to maintain.

Coding should document what and why it is doing instead of simply labeling it. For example, the function get_dataframe_from_google_ads() doesn’t have to say that it is downloading data from Google ads but rather the reason for doing it. The reason could be something like ‘downloading ads spending data for later marketing cost attribution.’

Using threshold values like ETL-related SQL queries without explaining the reason is not a good thing. If we take data from a table that starts from a particular date, there should be a reason behind why somebody picked the particular date. However, without explaining the reason nobody could find out why this value has been hard-coded. The reason could be anything such as, transitioning to a new source system, data provider, or any other thing related to the company. Without documenting why somebody named the code like this, the hard-coded value will remain a mystery for the next generation of data engineers.

Keeping an abandoned code reserved is a confusing thing. There are various reasons for having an old code. It could be to test some new behavior, just in case, the new one doesn’t function or the data engineering wanted to keep a track on his/her history of coding. However, it is best to avoid the storing as it may induce confusion for later developers to understand what the correct version is indeed.

Merging utility functions with business logic can make sense. However, it is still beneficiary even if they are kept separate. If used appropriately, the common functionality can be pushed to a different package and be reused later across projects. The reusability and benefit of defining a single functionality only once can pay off in the long run.

Keeping things simple in data is a mandatory task for coders. Some data engineers with computer science background are known for creating sophisticated codes which are complex. It is better to go with simple codes if they can replace the long descriptions.

Creating solutions that can be reused across different use cases will make life easier for a long run. However, it takes longer to develop. For example, establishing a release process and CI/CD pipelines for modules shared across projects can take a lot of time, but pays off later.

This article has been published from a wire agency feed without modifications to the text. Only the headline has been changed.
Source link
Facebook
Twitter
Pinterest
WhatsApp
Linkedin
ReddIt
Email
Tumblr
Telegram
Mix
VK
Previous articleCrypto traders optimistic of BTC breaking $11K
Next articleForecasting Time Series With Prophet in Python

Understanding statistical techniques and knowing when to implement them via Python is crucial for advanced analytics. With data science as the sexiest job of the...
Read more
Data News

Sometimes it can feel as though improving the social mobility picture in the UK is an insurmountable task. For a child born into a family...
Read more
Data News

For the first time, residents will be able to fill out the questionnaire online without having to meet census officers The government has launched an online...
Read more
- Advertisment -