The Technological Advancements in VR and AI 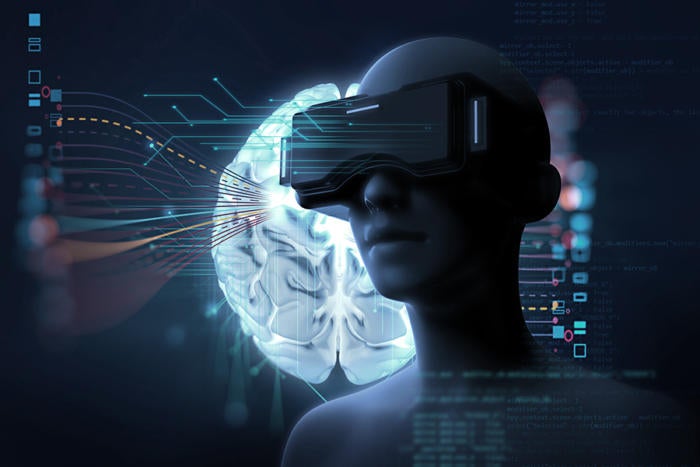 In recent years, we witnessed great strides in the fields of virtual reality and artificial intelligence. This article explores the technological advances and some of the commercial applications of these two thriving industries.

Virtual reality is a computer-generated environment where objects and settings can be almost identical or completely different from the real world. To submerge themselves into this stimulating environment, users need to use VR hardware such as VR headsets and sensor gloves. A person using VR equipment can move around the virtual world and interact with other characters, features, and items.

The most popular video games can be transferred into VR format. Thanks to the variety of headsets that came out, new games and content are being released regularly, including both high-end and mobile games. Currently, the most popular VR headsets on the market are Oculus Rift, Samsung Gear VR, and VIVE.

VR traditionally relied on 360p videos which limited the user experience. The industry has since made significant technological advancements by introducing 5K and 8K stereoscopic videos. As a result, videos now have depth perception and enhanced visual projections for a far more immersive experience.

Another key advancement in VR technology is the development of six degrees of freedom (6DoF). This sophisticated version of position tracking incorporates rotational movement around the x, y, and z axes, commonly referred to as rolling, pitching, and yawing. It also adds transitional movements along the axes such as moving right or left or backward and forward.

For years, VR was only possible with oversized headsets that came with a lot of wires. Nowadays, developers are introducing lightweight glasses that offer a full VR experience without compromising quality. These will include near-eye displays and be capable of combining holographic optics with polarization-based optical folding while making the most efficient use of space.

Furthermore, the glasses will have laser illumination that will provide a wider spectrum of colors than the more traditional VR technology.

Another important aspect of an immersive VR experience is to create a world that doesn’t just place a user into a location, but the location is customized by the user’s presence. Eye-tracking technology is the key to filling this gap between VR and reality.

Often discussed within the context of foveated rendering, eye tracking quickly determines what the eyes are focusing on, reducing the peripheral vision and bringing into focus whatever the eye is looking at.

Interestingly, virtual reality expanded beyond gaming. The healthcare and education sectors along with the automotive and gambling industries recently jumped on the VR wagon and are putting the technology to good use.

Engineers and designers are already using VR to experiment with vehicle designs before authorizing expensive prototypes.

VR technology has had a significant impact on healthcare. The technology is already being used by both aspiring and professional surgeons who rely on it to prepare for complicated operations.

VR technology found its way into the world of gambling. With VR gambling, players can experience a classy Las Vegas casino without leaving their homes. They can play poker, enjoy slots, interact with other players, and even order a drink at the bar.

VR has the power to revolutionize education by enabling students to learn in an immersive way. Students will be able to take tours of ancient Rome, explore the human body, and even board the Titanic.

What was once a distant prospect for the computing world, is now a reality. AI has come a long way since its inception, and today the technology can be used for facial recognition, performing object detection, instant segmentation, rendering augmented reality, and more.

One of the latest developments in AI is the deep learning model developed by MIT. It was used to detect a new antibiotic compound that was successful in fighting some of the world’s most resistant bacteria.

Recently, the AI team at Facebook developed a computer vision model named GrokNet. The model is designed to transform shopping as it learns consumer preferences and simplifies the entire purchasing process.

The model uses state-of-the-art facial recognition models to recommend products, based on its analysis of things a consumer already bought. AI can also generate visuals of how an item looks once it’s displayed, or even how clothes fit on a customer.

VR and AI Will Merge

VR and AI are amazing technologies that are transforming our world. Once the two merge and work together, we can expect more interactive, immersive, and engaging experiences.