Tech Work Culture Will Never Be the Same 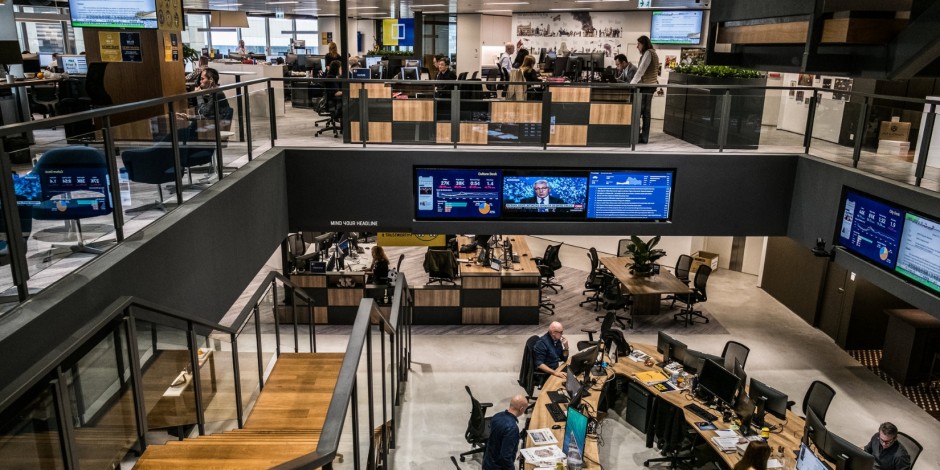 Turn on the news or dial in to an all-staff meeting and you’ll hear talk of “returning to normal.” Resuming, restarting, emerging, like a bear from hibernation, crawling out of our caves, yawning, stretching, and looking for toilet paper and soap.

The lockdown’s impact on your workplace varies depending on your job. For workers at computers all day, the difference between typing at home or typing at work may not be great, especially when salaries and benefits remain the same. For those who have lost their jobs and can’t afford to make rent, the situation is rather different.

We are living in a world of division, bifurcated along so many lines: Those who want to return as quickly as possible and those who don’t. Those who oppose the lockdown and those who support it. Those who are thriving in this environment and those who are struggling. Companies like Deliveroo, Uber, and Amazon embody this split: part of their workforce are highly paid staff developers with pensions, sick pay, and benefits who work from home. The rest are casual “contractors” who the company argues are definitely not employees, and who have no benefits, are compensated in piecework hourly rates, and are forced to put themselves at risk working on the front lines of the pandemic. People who until a few months ago were awarded low wages because they were “unskilled” have been restyled as “critical” workers, forced to continue working.

Meanwhile, many want to open nonessential businesses and get back to the offices as soon as possible. But not everyone wants this. After a recent meeting, a colleague messaged me, in a hushed digital voice: “Actually, I quite like seeing my family more and not having to commute. I’d be happy for this to go on.”

While we hear of a rush to get everyone back, in private many companies have different plans. Google and Facebook have told staff they will be working from home for the rest of the year and Twitter has said pretty much all of its employees can now work from home forever if they’d like to. According to a survey of 300 leaders, 62% of American businesses plan to keep people working from home even after politicians say it is safe. Only 2% think precautions will be lifted in a matter of weeks.

I see this future as a thousand tiny frustrations: A new version of iOS that breaks the coffee maker, an air conditioner app that doesn’t work properly on Android 7.

Those who go back to the office (it is too much to call it “returning to normal”) can expect a flood of changes. Temperature checks, hand wash points, masks, gloves, desk shields, more cleaning, and gaps. There will be gaps between desks, gaps at the canteen, gaps between people queuing, all in the name of social distancing. One restaurant in Virginia even plans to fill those gaps with mannequins. The normal we’re returning to will be a more diffuse normal than we were used to.

For sanitizer and plexiglass companies it must feel like Christmas. But even workers employed by in-demand industries are struggling, finding themselves fielding questions outside of their expertise. “We are not infectious disease experts,” Tracy D. Wymer of the office design company, Knoll, said in the New York Times, “we are simply furniture people.”

Other companies are planning more ambitious changes to their offices. Arjun Kaicker, an architect who influenced the design of Apple’s HQ, described his future reality to the Guardian: “Lifts can be called from a smartphone[…] blinds, lighting, ventilation, and even ordering a coffee will be controlled from your phone.” A startup incubator in San Francisco has reviewed its touch-pad door entry system: “We’ll probably have to reconfigure that into something with Bluetooth,” they told the New York Times with limited enthusiasm.

All this makes me shudder. I spend my days writing software. Perhaps because of that, I see this future as a thousand tiny frustrations: A new version of iOS that breaks the coffee maker, an air conditioner app that doesn’t work properly on Android 7, the user who has forgotten their password and so can’t get the lights on, the one person who insists on using Ubuntu Touch will be unable to use the new touchless door access control system and will now be trapped outside. There’ll need to be a service desk for opening the blinds. What browser are you using? Ah, yes, it doesn’t work in Safari, have you tried opening the blinds in Chrome? You want to turn up the heating? Empty your cache and turn your phone on and off again. The Atlantic mentions companies “making elevators and doors voice-activated.” I can already hear, “Hey Siri, open the door” with the inevitable response of: “here’s what I found on the web for Ecuador.”

There will be low-tech changes too. Windows that actually open for ventilation and perhaps, finally, the death of the open-plan office. In the tech industry, some of the more unnecessary communal activities may drift away. (Surely not the foosball tables!) And copper. Antimicrobial copper will be a visual symbol the company is taking viral containment seriously: look how good we are. You can trust us with your business.

And so we enter the era of “hygiene theater.” “Companies feel we have to address the root fear,” another Knoll employee told the New York Times, and the goal “changed from making offices virus-free, which is impractical, to remaking them so that workers feel safer.” Perception is more important than reality.

There are other things that might happen. “One of the best ways to reduce transmission in the workplace is to provide paid sick leave that encourages ill employees to stay home,” the New York Times says. Companies could “redesign their time, too,” Alex Soojung-Kim Pang adds in The Atlantic, “reducing hours, without cutting salaries, might help many companies speed up the return to normalcy.” It’s a lovely idea, but I can’t help thinking shareholders might prefer to just get rid of the Ping-Pong table.

Newton’s third law of remote working: for every move out of the office, there’s an equal and opposite pull back.

Space in New York, San Francisco, and London is expensive. It would be cheaper if people assembled their own offices at home. And when it comes to remote working, “You can’t put that genie back into the bottle,” Susan Stick of Evernote says. For some, like my earlier colleague, this could be a blessing. Companies may position permanent work from home orders as an employee benefit when of course cost-saving is the real draw. And if we emerge from isolation only to find a recession waiting for us, cost-saving could be at the top of their agendas.

And so the divisions continue: between those companies that “have started subsidizing broadband costs” and those that lean on savings from commuting as benefit enough. Even those that embrace remote working have found themselves having to add limits: No you can’t expense your lunch or gym membership, Google told its employees. There are no consistent working from home rules so “it comes down to the individual organization” and some organizations will be more supportive of remote working than others. Sometimes this is even down the individual preference of the CEO. When Marissa Mayer took over at Yahoo, one of her first actions was to ban remote working, and almost overnight IBM switched from heralding remote work as the future to demanding thousands of workers return to the office. Newton’s third law of remote working: For every move out of the office, there’s an equal and opposite pull back.

With the current enforced remote working comes a slew of short-term changes. Herman Miller experienced a triple-digit increase in orders, and interior design service Decorist has seen signups increase 45%. HP is selling more printer ink. And usage of Zoom has rocketed. We’ve gotten used to seeing pets and spouses in the background. A new etiquette has emerged: Professionalism judged not by suits, but by the angle and framing of your webcam: Ditch your tailor and get yourself a cinematographer.

The last few months have been a sudden, widespread test of remote working. Fears that everyone would bunk off have not been realized and while some technology was shaky, most things have held up. Still, we’ve faced a flood of new irritations. Meetings begin with a ritualized chant of: “Hi Gary. Gary? Can you hear us? Gary, I think you’re on mute. Oh, he’s dropped off. He’ll probably be back in a minute.”

And so we plan our “return to normal.” Or to “the new normal,” depending on whom you ask. I can’t help wondering what we mean by “normal,” though, and normal for whom. We have normalized buggy software, warehouse workers in terrible conditions, and climate change. Is “normal” really all it’s cracked up to be?

The obvious answer is that we will see more people working remotely, more flexible working, and more small companies going out of business. But as so many commentators say, we just don’t know what will happen next. Will there be a second wave of infections? Is a vaccine eight months away? Or is it two years away? Will everything go back to how it was? We don’t know. But then we never know what will happen next. Time marches relentlessly and unpredictably forward, continually changing what is normal. The coronavirus has caused us to take a collective step back and shudder, but it is one of a range of things that could (and will) upset the normal: antibiotic resistance, climate change, crop failures, earthquakes, storms, recessions.

In these times it’s easy to forget that history just keeps on. We adapt, we create a new normal and continue. There are winners and losers; for every person desperate to return to normal there is someone hoping that we return to something different from what they left behind. “New technology pushes us toward new forms of behavior while nudging us away from older, familiar ones,” Clive Thompson writes in Smarter Than you Think. Right now we’re discovering that viruses can do the same.