Bots are influencing each side of our lives 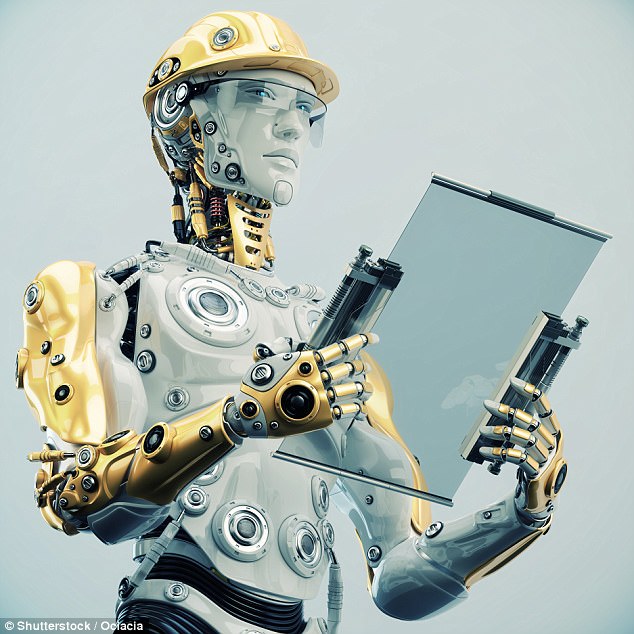 Artificial intelligence won’t eliminate every retail job, an economist says, but the future could be grim unless we start planning now.

Americans are worried that technology will soon replace much of the work done by humans, and they are right to be.

Yet the danger we are facing isn’t really about technology. It’s about politics and economic fairness. Whether the pain and the benefits of artificial intelligence are equitably distributed — and whether the turmoil that is still to come will be viewed as an overall social good — will depend on our political will.

The disruptive effects are already here.

Online retailers like Amazon are using A.I. to automate many of the steps that come between placing an order on your smartphone and receiving a package on your doorstep. The impact on American jobs is already enormous.

E-commerce’s share of retail sales nearly doubled in the last five years, to 11 percent from 6 percent, and brick-and-mortar stores, which employ millions of workers, are suffering. American retailers closed nearly 6,000 stores in 2018, and those losses are set to accelerate this year. Since 2014, the United States economy has added more than 12 million jobs, according to data from the Bureau of Labor Statistics, yet the number of retail sales jobs decreased by about 114,000.

Online retailers use A.I. applications to figure out what customers want and to get it to them quickly, all at a much lower cost than their brick-and-mortar competitors. The key innovation is using data to make better predictions.

Amazon uses customers’ browsing and buying histories to make personal recommendations. Purchasing patterns across places and over time are used to predict product needs and to stock warehouses accordingly. In traditional stores, the shelves are often full of items that no one wants and bereft of others that were hotter than anticipated. This mismatch between supply and demand is greatly reduced online, and A.I. is the engine that makes it possible.

While A.I. technology directly threatens existing retail jobs, its downstream impact has created new jobs as well. This is because — at least for now — the “last mile” of online retail still requires a human touch. As it turns out, retail job losses since 2014 have been almost exactly counterbalanced by a gain of 118,000 light-truck or delivery-service driver jobs. The number of heavy-truck and tractor-trailer drivers increased more than 175,000 over the same period, making these two driving jobs among the fastest-growing occupations in the United States.

The growth of online retail has changed how people make purchases, but it has not changed our appetites for consumption, and may have even increased them. So sales jobs are being shifted around rather than replaced.

A.I. will create many new opportunities, including some that we cannot foresee. And it will have other benefits, too, such as increased safety and reduced environmental impact.

Still, we shouldn’t be Pollyannas about artificial intelligence. Driverless cars and trucks are on the way. Although bringing autonomous vehicles to market has so far proved more difficult than expected, driving jobs will surely disappear someday.

Job creation and destruction may balance out in aggregate, but that is cold comfort for people who come out on the losing side.

The broader issue is whether A.I.-enabled technology creates good jobs. Truck drivers are often classified as independent contractors, rather than regular employees. A program called Amazon Flex — similar to Uber and Lyft, but for delivery drivers — allows the retail giant to hire drivers on demand.

Amazon uses A.I. to calculate how many drivers are needed in an area at any moment, based on package volume, weight and travel time. As in other gig jobs, the hours are flexible, a benefit that workers clearly value. But that flexibility goes both ways.

Drivers are responsible for providing their own vehicle, as well as fuel and other expenses. There are no benefits, little job security and reports of sometimes grueling working conditions. Amazon can hire large numbers of drivers to meet the holiday rush, without worrying about paying overtime or employing them the rest of the year.

As the gig economy grows, so does the need to modernize labor laws.

A.I. technology allows companies to monitor and control workers, while still maintaining a formal arms-length relationship that skirts federal employment status guidelines. The result is a legal gray area. Tech companies like Uber and Grubhub argue that driving is not their core business — that they are merely platforms that connect customers with clients.

They use A.I. to price trips and predict the best route for a driver. Does this mean that the driver is under the company’s control enough to be considered an employee? These issues are working their way through the courts, which have struggled to interpret labor regulations that were mostly written for a different age.

A California law that took effect just this month is likely to reclassify many gig workers as employees, prompting companies like Uber to consider modifying their apps for California drivers to give them more control over their work. Ultimately, federal legislation may be needed to untangle these questions.

There is a direct parallel with earlier technological changes. The Industrial Revolution powered a tremendous increase in prosperity. Yet working conditions in the factories of the 19th century were terrible, much worse than anything we see today. Beginning in the early 20th century, trade unions and new government regulations acted together to raise pay, improve working conditions and increase workplace safety.

We need a similar strengthening of the social contract to manage the changing nature of work in the digital age.

Federal labor laws will need to clarify the status of gig workers, providing them with some guarantees to prevent exploitation and giving them the right to bargain collectively. More broadly, as A.I. disrupts the economy, we will need to help people pivot more easily to the jobs of the future.

This means flexible benefits, including health care, that are not tied to one employer, and policies that give a measure of economic security to workers who want to be retrained and learn new careers.

We need to accept that we cannot stop the coming wave of technological change. But we can moderate its impact on society. We should act with purpose, embracing A.I. as a tool that will enable us to create a better and fairer world.