Is Crypto Is For Real? 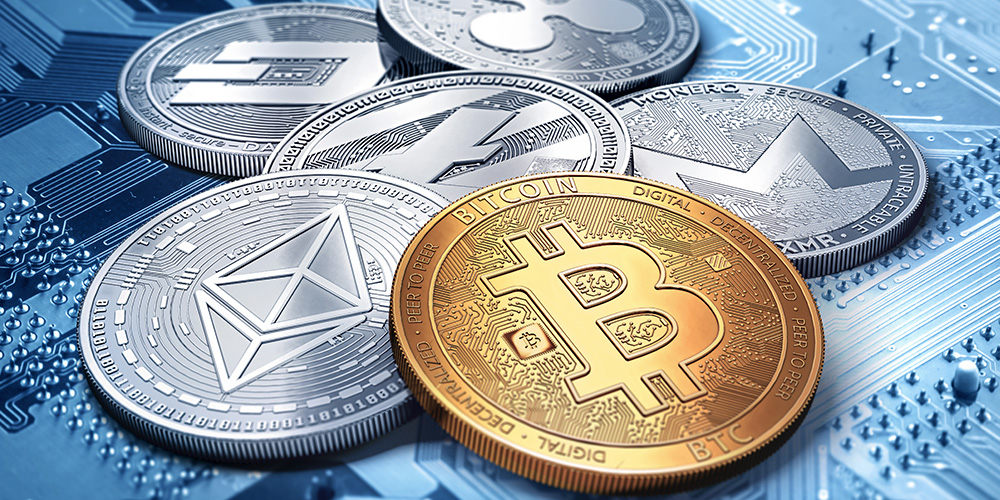 In the early 20th century it was automobiles. There was a manic quality to investment in this transformative new technology. With good reason. Cars would in a figurative sense beautifully shrink the world, all the while massively increasing living standards in ways well beyond motorized transportation.

And as is always the case, cars began as a rich man’s luxury. They were rarer than millionaires, and millionaires were incredibly rare.

All of which speaks to the genius of capitalism. Wealth is more often than not a consequence of individuals making common what was formerly scarce and much coveted. Thanks to Henry Ford, the automobile that elicited awe in so many soon enough became an everyday consumer good.

What’s crucial about this is there were thousands of would-be Henry Fords. When we think of American cars today, we tend to think of Chrysler, Ford and GM, and much less about the thousands of carmakers that formed around the same time, but that didn’t survive.

Yes, there was an automobile bust in the 20th century, and it was essential. Politicians and pundits have modernly made business failure a nefarious act, one that they want to investigate in concert with vilification of those who financed the failures (yes, the great minds on Wall Street whose brilliant work is lost on the typing classes), but in truth there would be no progress without the mistakes. George Gilder refers to busts as “growth spasms” with good reason. That’s what they are.

When intriguing commercial ideas come along, suddenly commercial concepts that had previously struggled to find finance encounter greater openness on the part of investors. To offer up but one example, readers can rest assured that Netscape (the internet concept that set off the 1990s internet IPO boom) faced much more skeptical investors than did the internet businesses that followed the pioneer.

Netscape’s August of 1995 IPO was THE story of its time. With its share price having doubled on the first day, investors were frenzied in their search for what would be next. The internet was hot.

As most readers know, what came after Netscape was brilliant once in a very blue moon, good on occasion, but execrable for the most part. Which was fully understandable. When a transformative technology comes along, and the internet was surely transformative, it’s no surprise that copious amounts of investment will go about in search of what’s next.

Thank goodness for that. Indeed, while Netscape is a fossil, a long-since forgotten monument to the beginning of what was great, what’s come after has massively enhanced living standards.

Really, who among us would willingly go back to how life was before Amazon AMZN +0.6%, Apple AAPL +1.9% and Google? Let’s call them the Big Three (though Apple’s rise was a “2.0”) of modern times, while not forgetting the thousands and thousands of companies that came up around the same time, but that never made it.

The dirty little secret that’s well known in Silicon Valley but that’s largely unknown outside of it is that the vast majority of technology companies die. Over 90 percent for sure. Pundits who should know better claim that Silicon Valley is full of socialists, but the reality is that the locale from which remarkable technology emerges is the most relentless and ruthlessly capitalist commercial zone on earth.

And so it was in the early 2000s that so many internet companies died. Clueless pundits said the internet was dead, dangerously confused politicians called for investigations of the failures, and jail for the “greedy” (you guessed it, “Wall Street”) financiers who allegedly put lipstick on the proverbial commercial pig, but the happy reality was that the U.S. economy had just experienced yet another technology-propelling growth spasm that would forever change how we lived and worked for the exponentially better.

Which brings us to the cryptocurrency wave. Jeff Bezos long ago made plain something along the lines of “your margin is my opportunity.” Oh well, ever since the severance of the dollar’s link to gold in 1971, currency trading has become a necessary way to at least somewhat mitigate the monetary equivalent of a foot, degree and minute that change in length, heat intensity and time all day, every single day.

With currencies no longer having strict meaning as agreed upon measures of value, the trading of same became a thing. Per Gilder, currency trading these days is a $5 trillion per day constant. And while trading is not as lucrative as investment banking, it’s proven a source of Wall Street and hedge fund profits. Except that margins once again exist as opportunity for innovators.

As evidenced by the $5 trillion of daily currency trading, the global marketplace has never been happy with money that lacked an anchor. Enter entrepreneurs. They work feverishly to meet unmet needs. One of the present needs in the marketplace is money that’s trusted.

Enter crypto entrepreneurs. Their number seemingly expands by the day, along with investor interest in them. Call Bitcoin the Netscape of the crypto boom. Just as countless investors passed on Netscape only to regret it, we’ve obviously seen the same with Bitcoin. The latter’s rise from basically nothing to $35,000/coin proved a powerful magnet for investors willing to seed the creation of monetary forms that would be better than BTC.

Which is why there are presently many more crypto concepts than there are global currencies. Once again, witless pundits, economists and politicians don’t understand what’s happening. In this case they don’t because they’ve never understood what money is in the first place. If you don’t get that it’s a measure, and nothing else, you can’t really analyze “money.” So they focus on the prices of the coins, which is for them to miss the point. Good money is never a speculation.

In which case the bet here is that eventually Amazon, J.P. Morgan, Wal-Mart, Target TGT +0.9% and others like it will issue their own currencies. Companies like them can’t devalue in the way that the U.S. Treasury has routinely debased the dollar, and the result will be that more and more will demand payment and paychecks in trusted, market-based money that holds its value throughout time.

But that’s just a guess. And probably the wrong one. That’s the case because investors in literally thousands of private forms of money are presently battling it out. Most of these currencies will crash. Yet another growth spasm that pundits and politicians will wholly misunderstand, but that will transform how we live, work, and transact, and that will end the cruel currency devaluations that are as old as money is.