Gucci to Permit Crypto in Some US Stores 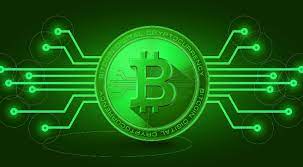 Do you have long crypto but short shoes? According to Vogue Business, Gucci is now accepting cryptocurrency at a few of its stores in the United States.

Gucci has begun accepting cryptocurrency payments at its flagship stores in the United States, including Rodeo Drive in Los Angeles, Wooster Street in New York, and Las Vegas, with ideas to broaden the resource to its directly-operated North American stores soon.

According to the report, Gucci will convert the cryptocurrency into fiat currency.

Various attempts to trade high-value items for cryptocurrency have failed because of the concerns regarding money laundering and tax indications for US residents.

Tesla’s (TSLA) attempt to sell its cars in bitcoin failed and was quickly canceled due to the tax hit that US residents would face if they liquidated their crypto, and the operating expenses of anti-money laundering divulgence needed.

Payment by cryptocurrency was once accepted by Thai real estate developers, but it was banned in March after local authorities raised concerns about the possibility of money laundering.