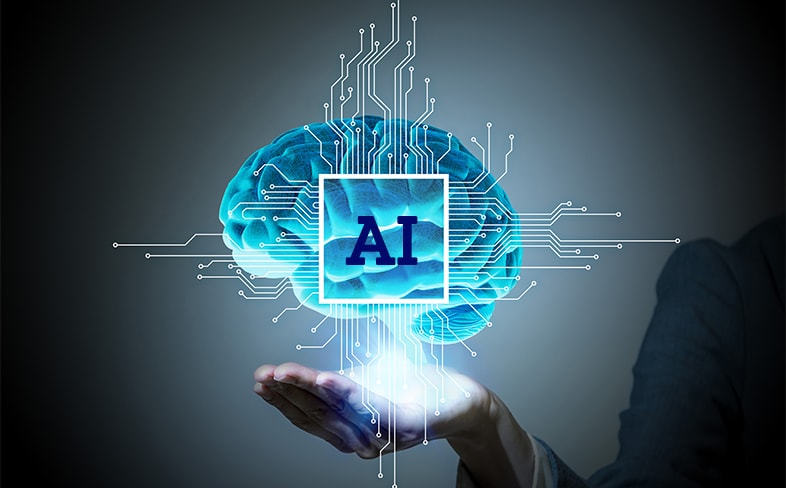 Artificial intelligence (AI) is the darling of businesses and governments because it not only promises to add tens of trillions of dollars to the gross domestic product (GDP), but it also comes with all the excitement of action movies or dopamine-drenched gaming.

We are enthralled by computer vision, natural language processing, and recommendation engines’ uncanny predictions. It safeguards us against fraud, reduces inventory costs, and teases us with programming we might enjoy.

Deep learning, the current state of the art, stems from a brilliant idea to model algorithms based on how the human brain works. The composition of mathematical calculations is influenced by the way neurons connect. And why shouldn’t they? With eyes (video), ears (microphone), and fingers (temperature & vibration sensors), we are making computers more human.

The term AI implies a silicon-based replication of human intelligence. However, it’s easy to lose sight of the hidden brain that powers AI. Let’s use neuroscience as a metaphor to better understand this premise.

The average adult brain weighs about 3 pounds and uses 20 WATTs of power. It’s an astonishingly efficient machine. When describing System 1 and System 2 thinking, Nobel Prize-winning psychologist Daniel Kahneman alludes to this efficiency-seeking function. He demonstrated that we have a subconscious, and thus low-powered, method of information processing. It is used more frequently than the higher-level executive function.

Experts in neuroanatomy believe that memories are encoded with emotions, but that these emotions are not individually stored. They are essentially references that are constructed and stored in the limbic system. Essentially, we recall an event and then look up how we felt about it in a lookup table. It also has a strong influence on how we make decisions subconsciously.

This limbic system, which is located in the middle brain, influences future decisions by using emotional memory as a framework for what may serve us or slay us. Without it, we make poor decisions because we lack context for risk or reward.

Similarly, AI analysis without all of the necessary data results in a faulty future. As a result, it’s worth discussing how important it is to organize and present “all the right data.” The management of messy, high-volume, unstructured data should be considered as important to AI as the limbic system is to the human brain’s predictive function.

However, there are additional factors to automatic decision-making that go beyond the emotional memory system. Let’s dig deeper into the brain metaphor. In their book, The Elephant in the Brain: Hidden Motives in Everyday Life, Kevin Simler, and Robin Hanson argue about how unaware we are of the nature of our behaviors.

They argue that we are similar to our primate “cousins” in that we act based on social motivations. It doesn’t matter whether you consider this evolutionary biology or something learned in the family of origin; what matters is that there is something else hidden in our human brains.

This blind spot may also explain why technologists frequently overlook data management as a cultural phenomenon. Typically, pundits discuss data management in only two dimensions. The first is concerned with technology. It starts with byte sizes, then moves on to throughput and access patterns.

This is a platform mindset that allows for data acquisition, storage, and availability. Because this is the steering wheel with which to drive the car, it has a strong bias toward metadata (data about data).

The process is the second most commonly used dimension. This systems-level view encompasses the entire pipeline, from acquisition at the source to sorting and shuffling, cataloging, presenting, and finally archiving. It’s the farm-to-table approach. Or, to put it another way, a farm-to-Tupperware perspective. It is preoccupied with the “how,” whereas technology is preoccupied with the “what.”

Culture, or the “who,” is the third, and arguably invisible, dimension. Culture is defined as a set of behaviors that are anchored by a shared belief system and bound by group norms. The puppet strings of process and technology are pulled by culture. Despite this, it is the most overlooked aspect of data management.

Many organizations rush to implement technology and tool processes without first considering how they want their culture to evolve. They would be better served if they studied the most successful people in the same way that positive psychologists do. Those researchers look into the belief systems and behaviors that are common among the truly successful.

While it would be beneficial to provide a few case studies to demonstrate this point, for the sake of brevity, we will present a summary of the most successful data management findings.

It all starts with a shift in data-related belief systems. In this new paradigm, data is more than just an artifact of what happened; it is a valuable asset with enormous economic implications. And, unlike other balance-sheet items, it can appreciate in value over time.

With that in mind, please find a list of new behaviors associated with a shift in data mindset below:

So, if your company wants to use AI, don’t overlook the importance of modern data management and the fundamentals that go into it. Begin by comparing your current state to your desired state. Create a multidisciplinary approach to bridge the gaps.