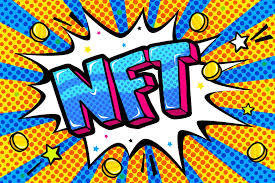 Christie’s, a British auction house, estimated NFT sales of US $ 93 million at the 4th Art + Tech Summit in August 2021 and will be the year’s art in 2021. It suggests that NFT has had a great impact. Despite their importance, projects like CryptoPunks and Bored Ape Yacht Club seem to have become the central stage of the crypto art scene dominated by comics and memes. AI Art has been adopted as a new subclass of NFT.

These “AI generative NFTs” are becoming more and more popular with people in the art world and those interested in future technologies such as artificial intelligence, blockchain, and the Metaverse. GAN or Generative Adversarial Networks are commonly used to create AI-generated NFTs.

GAN is a pair of neural networks. The first neural network, called a generator, randomly shuffles all the images stored in memory to create random combinations. The second, called the discriminator, chooses a random result generated by the generator. This is a result of better reaction to the repeating pattern identified in the original images. Therefore, the role of the discriminator is to reproduce human judgment and destroy paintings that are not as valid as the potential works of human artist.

An example of GAN-based AI art that received considerable attention was The Portrait of Edmond de Belamy, created by the French artist group Obvious, which began with 15,000 portraits from the 14th and 20th centuries. This artwork is part of the 10th edition sold at Christie’s in New York in October 2018 and cost $432,500(approximately Rs 3.21 crore) and and became the first AI piece to be sold through a major auction house.

But since 2018, AI art has come a long way. Along with that, the number of AI-led art startups is increasing rapidly in the future of art technology. One such company that has grown prominently over time is Art AI, one of the largest galleries specializing in artificial intelligence art. The company recently launched a GAN-based text-to-image AI software called Eponym. Today, generative art projects like Art Blocks attract millions of commerce volumes every day. The idea is a bit controversial, but Eponym’s Call to Fame is about adding a human element to the generation process using AI software.

Traditionally, generative art relies solely on algorithms and programs to output images. Eponym allows collectors to get a creative boost during mint. Those who wanted to create an Eponym NFT had to enter a string of text to trigger the AI ​​software. The text string can be anything from a single word to an entire paragraph. Works can be created directly at OpenSea, the world’s largest NFT marketplace.

Accessing AI-generated artwork through tools such as Eponym also stimulates the desire to own an NFT. Talking to ArtAI co-founder CoinTelegraph, Eyal Fisher explains that the majority of Eponym users are creating NFTs for the first time, while NFT collectors and buyers are creating their own creations— a gamechanger in the space since most people part of the Eponym community are not professional artists.

As AI art gets more attention, artists and NFT collectors are beginning to get used to it. As one digital artist mentioned Coin Telegraph in `Kami was Here’ to CoinTelegraph, “The human needs the algorithm and the algorithm needs the human. For me, this new role meant data collection, writing code, curation, the inspiration to create a theme and, most of all, ‘coaching’ an algorithm. The process is dynamic and the outcome collaborative.” The artist further explains that each AI-based artwork is essentially completely unique because it is the result of an algorithm.

Tools like Eponym continue to breathe fresh air for both professional artists and amateurs, but it’s worth noting that there are many ways you can use to generate AI-based NFTs. Regardless of the technology details, AI-generated NFTs will undoubtedly give a big boost to asset classes. As the popularity of the Metaverse grows, the popularity of AI-based NFTs is expected to grow.