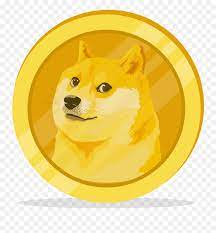 Dogecoin (DOGE) and Solana (SOL) tokens have risen to 16 percent in the last 24 hours, leading gains among big cryptocurrencies amid a larger market recovery.

After falling below $1 trillion earlier this week and reaching levels last seen in early 2021, the cryptocurrency market capitalization increased by 4.5 percent. Bitcoin has recovered to $21,000 after falling to just over $20,000.

Even as US Federal Reserve (Fed) Chair Jerome Powell declared a 75 basis-point interest rate increase, the largest in over 28 years, Bitcoin reversed Wednesday’s decline. The action is part of the Fed’s efforts to reduce inflation. The Fed also stated that it will continue to shrink its balance sheet at the rate announced in May.

Prices of major cryptocurrencies increased due to a run in bitcoin and positive sentiment in the broader market. According to CoinGecko data, Ether (ETH) increased by 11%, Polkadot’s DOT increased by 15%, and Cardano’s ADA and XRP increased by 7%.

Still, some analysts are skeptical of a sustained rally, citing potential contagion risks from within the crypto industry, such as problems at crypto lender Celsius and crypto fund Three Arrows Capital, both of which are facing insolvency as sources of selling pressure.

The ‘don’t fight the Fed’ mantra has never been more pertinent, and unpredictability is anything but surprising on the days of Federal Reserve policy briefing, said Mikkel Morch, executive director of crypto fund ARK36, in an email. It appears that last week’s CPI print and following remarks by Fed members scared investors so much that a 75 basis point rate hike was already largely priced in by the time of the actual meeting.

It now appears that the Bitcoin price will remain above $20,000. Unless there is more contagion risk from one of the troubled projects in the DeFi space, it will likely centralize there for the foreseeable future and possibly even tag the $24,000 resistance, Morch said.

Outside of majors, Tron’s TRX increased by up to 27 percent as the TronDAO, a community-run effort for Tron’s future development, spent over $220 million to buy the token on the open market in order to protect the ecosystem’s stablecoin, USDD.