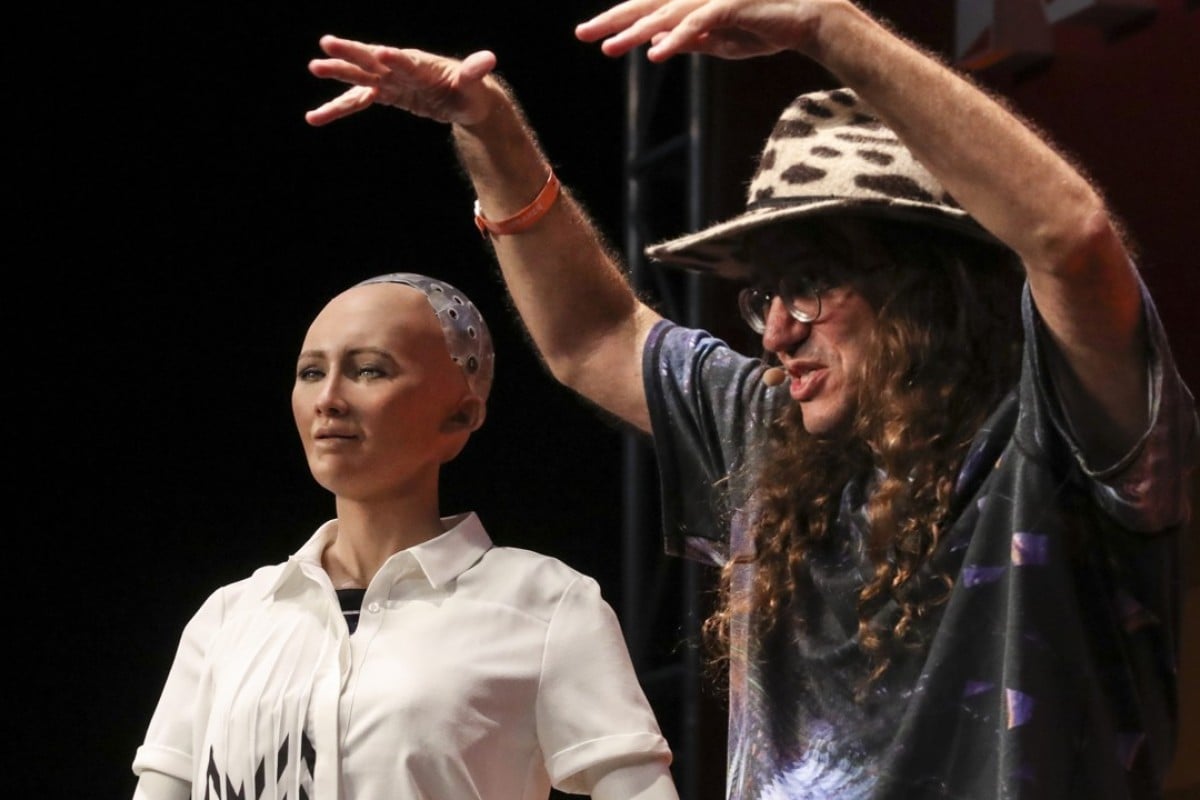 Pairing artificial intelligence and the blockchain might be what you would expect from a scammer looking to make a quick buck in 2018.

The two concepts, after all, are two of the most buzzed about and least understood ideas in the tech universe.

And the blockchain, the database design introduced by Bitcoin, has lately been the most popular route for anyone looking to raise money for an idea that sounds too good to be true.

Despite how easy the combination is to mock, the idea of applying the blockchain to artificial intelligence is attracting a growing roster of serious entrepreneurs and venture capitalists, many of them with impressive academic credentials.

Dawn Song, a computer science professor at the University of California, and Ben Goertzel, the chief scientist at Hanson Robotics, have been among the big names arguing that the blockchain could be a crucial way to push back against some of the most worrying trends facing the field of artificial intelligence.

Many A.I. experts are concerned that Facebook, Google and a few other big companies are hoarding talent in the field. The internet giants also control the massive troves of online data that are necessary to train and refine the best machine learning programs.

Professor Song, Dr. Goertzel and other entrepreneurs say they believe the blockchain could encourage a broader distribution of the data and algorithms that will determine the future development of artificial intelligence.

“It’s important to have machine learning capabilities that are more under the user’s control, rather than relying on these big companies to get access to these capabilities,” Professor Song said in an interview.

The start-ups working toward this goal are applying blockchains in a number of ways. At the most basic level, just as the blockchain allows money to be moved around without any bank or central authority in the middle, artificial intelligence experts are hoping that a blockchain can allow artificial intelligence networks to access large stores of data without any big company in control of the data or the algorithms.

Several start-ups are setting up blockchain-based marketplaces, where people can buy and sell data.

Ocean Protocol, a project based in Berlin, is building the infrastructure so that anyone can set up a marketplace for any kind of data, with the users of data paying the sources with digital tokens.

Unlike Google and Facebook, which store the data they get from users, the marketplaces built on Ocean Protocol will not have the data themselves; they will just be places for people with data to meet, ensuring that no central player can access or exploit the data.

“Blockchains are incentive machines — you can get people to do stuff by paying them,” said Trent McConaghy, one of the founders of Ocean Protocol, who has been working in artificial intelligence since the 1990s.

The goal, Mr. McConaghy said, is to “decentralize access to data before it’s too late.”

Ocean is working with several automakers to collect data from cars to help create the artificial intelligence of autonomous cars. All the automakers are expected to share data so none of them have a monopoly over it.

Another start-up, Revel, will pay people to collect the data that companies are looking for, like pictures of taxis or recordings of a particular language. Users can also let their phones and computers be used to process and categorize the images and sounds — all in exchange for digital tokens. Over a thousand people already have put their computers to work.

These sorts of marketplaces are only the outer layer of the blockchain-based systems that are being built to handle artificial intelligence data.

One of the biggest concerns that people have about the data being collected by Google and Facebook is the access it gives these companies to the most private details of our lives.

Professor Song is working on a blockchain, known as Oasis, that will use advanced techniques to secure the data being bought and sold, so that no one — not even the company using the data — will get a copy of it.

In the Oasis network, all data moving through the system will be locked into encrypted bundles. Researchers will be able to run the data through their machine learning algorithms — and prove that the calculations were done correctly — without ever actually seeing the underlying data.

One project building on top of Oasis, known as Kara, will allow medical researchers looking at the behavior of specific diseases to train their machine learning models with data from actual patients, without the data ever being exposed.

Oasis has already raised $45 million from several big-name venture capital firms, but they have competition from another start-up created by researchers from the Massachusetts Institute of Technology, called Enigma.

Enigma got started before Oasis and is working with partners like Ocean Protocol to ensure that people contributing data to marketplaces can set the exact terms under which their data can be used.

Other start-ups are using blockchains to open access to the artificial intelligence models themselves. Dr. Goertzel has created SingularityNET, a blockchain that will serve as a link among A.I. services around the world. If one artificial intelligence module is unable to come up with an answer, it can consult with others, and provide compensation if one of the other modules is able to get it right.

“It lets you have a network of A.I.s that nobody owns,” Dr. Goertzel said.

Hanson Robotics is planning to use SingularityNET to feed information into its humanoid robot, Sophia. Unlike Amazon’s Alexa service, which answers questions using services approved by Amazon, Dr. Goertzel wants Sophia to reach out to other artificial intelligence providers if she can’t find the right answer.

“We are now using SingularityNET to upgrade Sophia’s intelligence,” Dr. Goertzel said. “In principle, it is much more flexible because we don’t have a centrally controlled market.”

As with most blockchain applications, a lot of technical work still must be done before these new systems can take off — and it is not clear that all of the roadblocks are surmountable. Fred Ehrsam, the co-founder of the cryptocurrency exchange Coinbase, is investing in the area, but he says he believes it will take some time before these systems can prove themselves. He is hopeful that when they do, they will play an important role in democratizing the industry.

“Right now the data isn’t really being valued in an open market, it’s just being given to a few companies,” Mr. Ehrsam said. “What if there was now a free market for data?”

What is a blockchain database? If we consider all that we have learned about blockchains so far, we can say that blockchains are quite sophisticated and complex....
Read more
Blockchain Education

Combining AI and Blockchain in One Platform

Both blockchain and A.I. are at the cutting edge of technology. Blockchain is essentially a distributed ledger, that stores data in an encrypted, nigh immutable...
Read more
Blockchain Education

Cryptocurrencies are here to stay, that’s for sure! Here is our detailed guide on how to trade bitcoin, the world’s most prominent cryptocurrency. Follow...
Read more
- Advertisment -