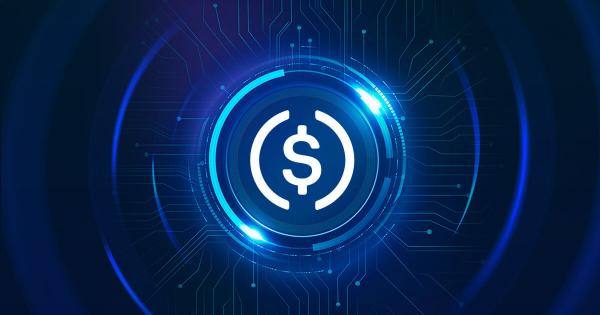 So Paulo, one of Brazil’s most prominent soccer teams, announced the signing of Giuliano Galoppo from Argentine mid-table club Banfield this week.

There’s nothing unusual about that. Players are constantly transferring. The money was transferred in the form of USD Coin (USDC), a stablecoin, via the Latin American exchange Bitso, making it a special occasion.

The transaction was described as a “historic moment for Bitso, So Paulo, and South American soccer more broadly” by Thales Arajo de Freitas, CEO of Bitso in Brazil.

It’s no coincidence that So Paulo tried crypto for a transaction. Bitso, Latin America’s first crypto unicorn, became a sponsor of the club in January, one of the largest in the country and the owner of the legendary Morumbi stadium.

The announcement sparked particular interest in Argentina, where it was interpreted as Banfield attempting to circumvent the country’s current foreign exchange restrictions, which require exporters to convert their US dollars into Argentine pesos within five days of the transaction.

Banfield could use USDC to avoid the Central Bank of Argentina (BCRA), as the bank’s regulations do not mention the term “crypto.” After all, if the BCRA forced the club to liquidate its exports in the official exchange market, it would receive 131 Argentine pesos (ARS) per US dollar, whereas the US dollar is worth more than 300 ARS in the financial and informal markets.

USDC was used “as the payment medium to avoid currency risk,” according to Dante Disparte, chief strategy officer at Circle, one of the companies behind USDC.

So Paulo’s – or Bitso’s – use of USDC is no coincidence. The exchange partnered with Circle in November to launch an international transfer product, and the relationship has been fruitful thus far.

Bitso processed $1 billion in crypto remittances between Mexico and the United States in the first half of 2022, up 400% from the same period the previous year, and plans to process another $1 billion by the end of December.

The transaction between So Paulo and Banfield may have been less expensive than a SWIFT (Society for Worldwide Interbank Financial Telecommunications) transaction.

However, as Disparte stated, the Argentinian club will not be able to avoid currency risk because the club will be required to convert the entire transaction amount into Argentine pesos at the official exchange rate, according to BCRA sources.

Neither club disclosed the deal’s value, but the Argentine newspaper La Nación estimated it at $8 million. That’s a lot of money for a small club like Banfield.

Banfield faces additional challenges as a result of his use of cryptocurrency. Following a BCRA resolution published last week, the club will be barred from accessing the official exchange market to buy players – an import, after all – at the official rate for 90 days for trading USDC.

If the BCRA’s word is kept, Banfield will receive ARS 1 billion after the transaction. However, if it wanted to buy the same player for the same price, it would have to pay ARS 2.4 billion in local financial markets, where the US dollar quotation is 130 percent higher because the BCRA’s reserves have been depleted and are estimated to be negative by more than $4 billion.

The use of USDC sped up the transfer and was effective marketing, but it did not address the underlying issue in Banfield’s case. In fact, it exacerbated the situation.