Requirement of Crypto regulations in India 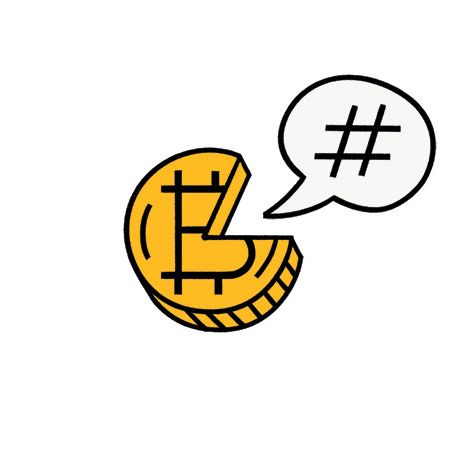 Crypto! Blockchain! Bitcoin! We’ve all heard about it and what we may have heard is a lot of sensation, skepticism and a bit of resistance, and that’s understandable. We may have read of multi-million dollar NFT sales , saw the Dogecoin drama on Twitter, experienced price uncertainties, saw ransomware hackers being paid off in Bitcoin and was concerned about the environmental impact of cryptocurrency mining.

“As a cryptocurrency thought leader and advisor to cryptocurrency and fintech startups, I am asked a lot of questions on crypto. I’ve noticed that a lot of these questions often have their origins in fear and ignorance – and for good reason, it is a very misunderstood innovation,” says Siddharth Menon, Co-founder and COO, WazirX.

Behind the sensational headlines and perceived volatility, however, a broader movement took place: cryptocurrency and the blockchain that underpins it are emerging as a powerful and decentralized alternative to the dominant fiat system of money and banking. In short, crypto hasn’t had its finest moment yet. The idea of ​​digital currency is very new and central banks around the world are still evaluating the impact of such technology. However, the ambiguity surrounding the technology is aimed at understanding “the need for crypto in India” before moving on to “the need for crypto regulation in India”.

For India, blockchain, crypto and new innovations in the fintech sector are proving that they can improve the status quo, promote the concept of digital currency and accelerate the digital payments ecosystem. The pandemic has magnified some of the value proposition of cryptocurrency and decentralized funding. In fact, a new report found that the number of people using cryptocurrencies worldwide has more than doubled since January, reaching 221 million last June.

“With 80 lakh users, WazirX has witnessed a massive 2,648 percent growth in user signups from Tier II and III cities in the country, observing higher participation from women from smaller towns compared to their urban counterparts. The cryptocurrency exchange has also clocked $26 billion in overall trading volume since January 2021,” said Nischal Shetty, CEO, WazirX.

Remittances are also one of the key areas in which cryptocurrencies benefit Indians. Every year, Indians living abroad send home billions in cash. India can have a distinct advantage by being one of the first to break into the global cryptocurrency landscape. It is also well poised in terms of its technology talent pool, startup ecosystem and digital infrastructure. As a frontrunner in this area, India could create more jobs and has the very real possibility of becoming a frontrunner among the global cryptocurrency elite. But it all starts with a lack of a strong regulatory framework. Regulatory clarity can lead to greater uncertainty, less participation by entrepreneurs and users, loss of tax revenue, capital and funding, and possibly brain drain.

India should follow the signals from developed countries like the US, UK, Japan, Australia and the EU region etc. to regulate cryptocurrencies in a way that encourages innovation while fighting crime.

“It’s a good sign and shows that our lawmakers are deliberating and understanding this technology instead of rushing into it. This is a really important bill that involves both finance and technology, and I don’t think the government will pass a bill without considering stakeholders’ views. I’m optimistic that India is going to be a part of this innovation via regulatory clarity,” says Nischal.

Crypto advocate and advisor in India, Nischal has been running a #IndiaWantsCrypto campaign since 2018 with the aim of raising awareness among the masses and urging lawmakers to introduce positive regulations on crypto in India, which he continued as an approach an organization-wide approach. Every day he tweeted about the participation and growth of the crypto ecosystem in India by spreading the right education about cryptocurrencies and his vision of making cryptocurrencies accessible in India. His efforts came to a boil when Rajeev Chandrasekhar, Minister of State for Skill Development and Entrepreneurship and Electronics and Information Technology of India, involved in one of your tweets.

Nischal also believes advocacy, education and collaboration are keys to growing the cryptocurrency landscape in India. WazirX is also part of the Internet and Mobile Devices Association of India (IAMAI) and is working on a code of conduct for self-regulation for crypto companies in India.

He opines that crypto enthusiasts should be both users and active participants in the landscape as advocates, brand ambassadors, thought leaders and mentors. “Collaboration is key to winning at scale,” he says, “not just for your own startup, but also for the ecosystem at large.”