A tutorial on Artificial Neural Network 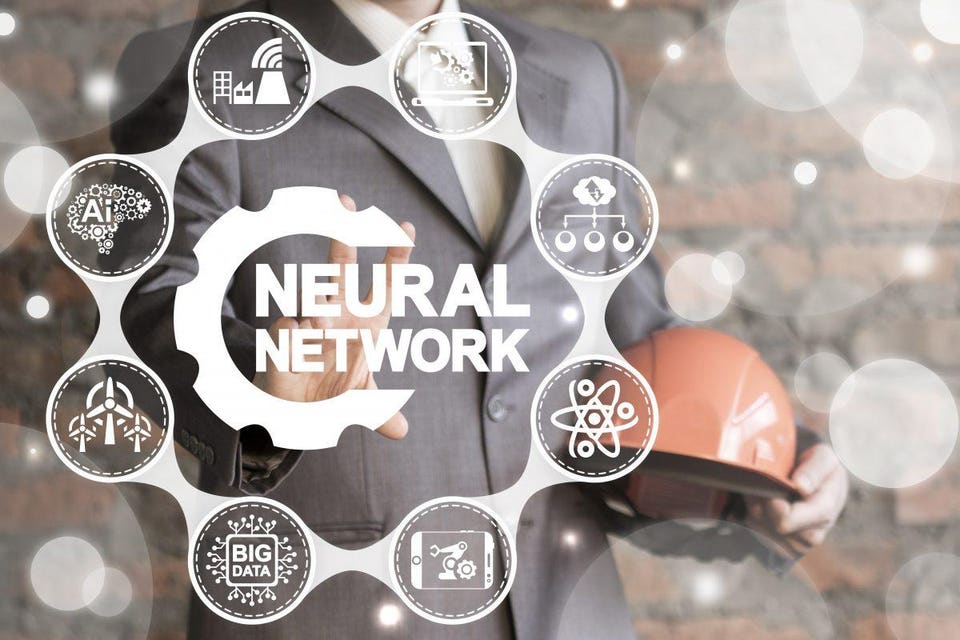 What is Artificial Neural Network?

The term “Artificial Neural Network” is derived from Biological neural networks that develop the structure of a human brain. Similar to the human brain that has neurons interconnected to one another, artificial neural networks also have neurons that are interconnected to one another in various layers of the networks. These neurons are known as nodes. 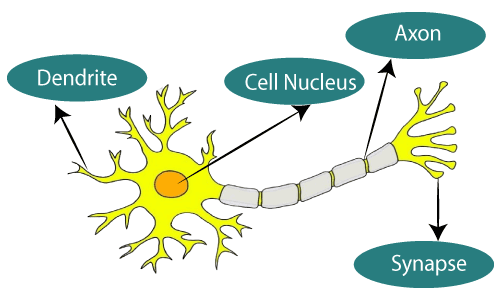 The given figure illustrates the typical diagram of Biological Neural Network.

The typical Artificial Neural Network looks something like the given figure

An Artificial Neural Network in the field of Artificial intelligence where it attempts to mimic the network of neurons makes up a human brain so that computers will have an option to understand things and make decisions in a human-like manner. The artificial neural network is designed by programming computers to behave simply like interconnected brain cells.

There are around 1000 billion neurons in the human brain. Each neuron has an association point somewhere in the range of 1,000 and 100,000. In the human brain, data is stored in such a manner as to be distributed, and we can extract more than one piece of this data when necessary from our memory parallelly. We can say that the human brain is made up of incredibly amazing parallel processors.

We can understand the artificial neural network with an example, consider an example of a digital logic gate that takes an input and gives an output. “OR” gate, which takes two inputs. If one or both the inputs are “On,” then we get “On” in output. If both the inputs are “Off,” then we get “Off” in output. Here the output depends upon input. Our brain does not perform the same task. The outputs to inputs relationship keep changing because of the neurons in our brain, which are “learning.”

The architecture of an artificial neural network: 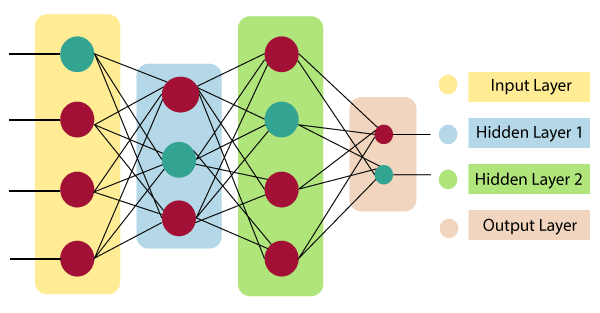 As the name suggests, it accepts inputs in several different formats provided by the programmer.

The hidden layer presents in-between input and output layers. It performs all the calculations to find hidden features and patterns.

The input goes through a series of transformations using the hidden layer, which finally results in output that is conveyed using this layer.

The artificial neural network takes input and computes the weighted sum of the inputs and includes a bias. This computation is represented in the form of a transfer function.

Artificial neural networks have a numerical value that can perform more than one task simultaneously.

Storing data on the entire network:

Data that is used in traditional programming is stored on the whole network, not on a database. The disappearance of a couple of pieces of data in one place doesn’t prevent the network from working.

Capability to work with incomplete knowledge:

After ANN training, the information may produce output even with inadequate data. The loss of performance here relies upon the significance of missing data.

Having a memory distribution:

For ANN is to be able to adapt, it is important to determine the examples and to encourage the network according to the desired output by demonstrating these examples to the network. The succession of the network is directly proportional to the chosen instances, and if the event can’t appear to the network in all its aspects, it can produce false output.

Extortion of one or more cells of ANN does not prohibit it from generating output, and this feature makes the network fault-tolerance.

There is no particular guideline for determining the structure of artificial neural networks. The appropriate network structure is accomplished through experience, trial, and error.

Unrecognized behavior of the network:

It is the most significant issue of ANN. When ANN produces a testing solution, it does not provide insight concerning why and how. It decreases trust in the network.

Artificial neural networks need processors with parallel processing power, as per their structure. Therefore, the realization of the equipment is dependent.

Difficulty of showing the issue to the network:

ANNs can work with numerical data. Problems must be converted into numerical values before being introduced to ANN. The presentation mechanism to be resolved here will directly impact the performance of the network. It relies on the user’s abilities.

The duration of the network is unknown:

The network is reduced to a specific value of the error, and this value does not give us optimum results.

How do artificial neural networks work?

Artificial Neural Network can be best represented as a weighted directed graph, where the artificial neurons form the nodes. The association between the neurons outputs and neuron inputs can be viewed as the directed edges with weights. The Artificial Neural Network receives the input signal from the external source in the form of a pattern and image in the form of a vector. These inputs are then mathematically assigned by the notations x(n) for every n number of inputs. 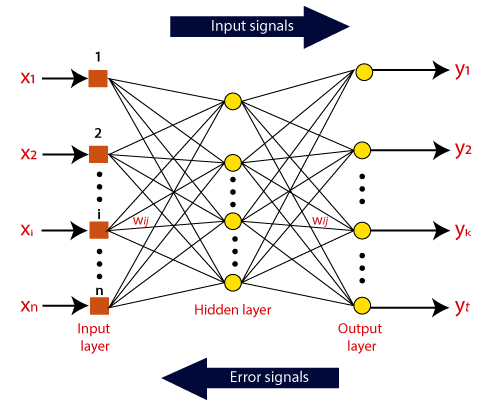 Afterward, each of the input is multiplied by its corresponding weights ( these weights are the details utilized by the artificial neural networks to solve a specific problem ). In general terms, these weights normally represent the strength of the interconnection between neurons inside the artificial neural network. All the weighted inputs are summarized inside the computing unit.

If the weighted sum is equal to zero, then bias is added to make the output non-zero or something else to scale up to the system’s response. Bias has the same input, and weight equals to 1. Here the total of weighted inputs can be in the range of 0 to positive infinity. Here, to keep the response in the limits of the desired value, a certain maximum value is benchmarked, and the total of weighted inputs is passed through the activation function.

The Sigmoidal Hyperbola function is generally seen as an “S” shaped curve. Here the tan hyperbolic function is used to approximate output from the actual net input. The function is defined as:

Where ???? is considered the Steepness parameter.

There are various types of Artificial Neural Networks (ANN) depending upon the human brain neuron and network functions, an artificial neural network similarly performs tasks. The majority of the artificial neural networks will have some similarities with a more complex biological partner and are very effective at their expected tasks. For example, segmentation or classification.

In this type of ANN, the output returns into the network to accomplish the best-evolved results internally. As per the University of Massachusetts, Lowell Centre for Atmospheric Research. The feedback networks feed information back into itself and are well suited to solve optimization issues. The Internal system error corrections utilize feedback ANNs.

A feed-forward network is a basic neural network comprising of an input layer, an output layer, and at least one layer of a neuron. Through assessment of its output by reviewing its input, the intensity of the network can be noticed based on group behavior of the associated neurons, and the output is decided. The primary advantage of this network is that it figures out how to evaluate and recognize input patterns.