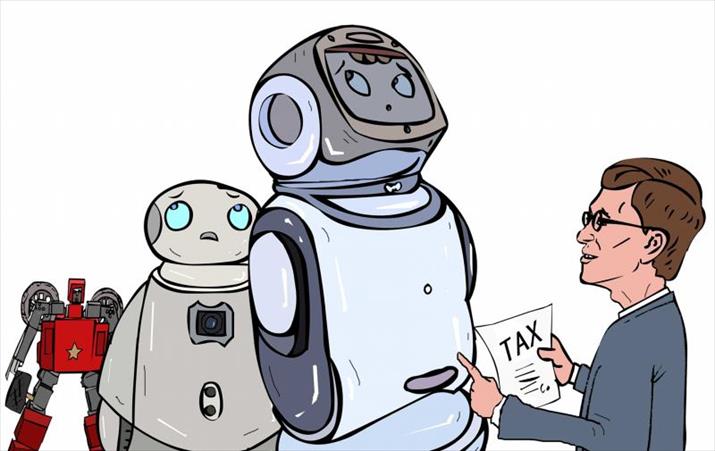 In 2017, Bill Gates said, “It is really bad if people overall have more fear about what innovation is going to do than they have enthusiasm. That means they won’t shape it for the positive things it can do. And, you know, taxation is certainly a better way to handle it than just banning some elements of it.”

Gates spoke on the need to tax robots to ease people’s fear of job loss that can come with using robots in businesses. In 2019, New York City mayor and 2020 Democratic presidential candidate Bill de Blasio also endorsed a robot tax. He suggested that companies should pay wage taxes into a special fund for five years to be used to create high employment infrastructure projects and new jobs in areas such as healthcare and green energy for displaced workers. With influential tech personalities like Gates supporting such taxation gives a certain kind of legitimacy to it. However, many other experts believe that such a tax on robots can do more harm than good.

A robot tax is a tax that companies would have to pay if their robots (robotic systems) were to replace a human worker. The main idea behind this tax is to discourage companies from replacing their human workers with robots in order to combat alleged unemployment that may arise and generate revenue for the government to cover lost income from wage taxes. Some even suggest using the money raised to retrain displaced workers for alternative positions. Well, the point is to make sure that investing in automation results in higher productivity, as some experts believe.

The concept seems to have some fundamental problems. At first, the definition of a robot in this context seems largely ambiguous. For example, a robot would have different meanings in industrial and service environments. As Robert Seamans, director of the Center for the Future of Management, Stern School of Business, wrote, it is not fair to tax investments in automation based on an arbitrary definition of robots. Additionally, he wrote that the policy effort required by various industry associations to include (or exclude) what is in the definition of a robot would be a huge task.

In addition, there are no reliable studies linking automation to higher unemployment rates. A 2017 study by the McKinsey Global Institute estimates that up to 15 percent of work could be automated worldwide by 2030; however, this is unlikely to lower the employment rate. If anything, evidence from the academic literature suggests that robots may actually complement work, leading to an increase in employment.

Third, many people believe that robot tax can really hinder innovation. The robot tax will make investment investments in technology much more expensive for companies than it already is. The robotics is a heavily uninterrupted and little cast area. Many of the robotics had to close. Due to the lack of resources. The dynamics of Boston, one of the pioneers in Robotics, was recently saved by a purchase of Hyundai in an agreement of $ 800 million, which many for such a company consider less for a company. The International Robotics Federation (IFR) President Joe Gemma says that the profits, not the means to make them taxed.

South Korea was the first country to introduce the robot tax in 2017; Although the EU played with a similar idea at times, it finally rejected it during the proposal phase. In addition, South Korea’s tax on robots does not impose additional taxes on the purchase or operation of machines that replace human labor, but merely expands and reduces a tax incentive. The robot tax debate continues. However, the best solutions revolve around policy changes that reduce friction in the labor market and help displace robots.