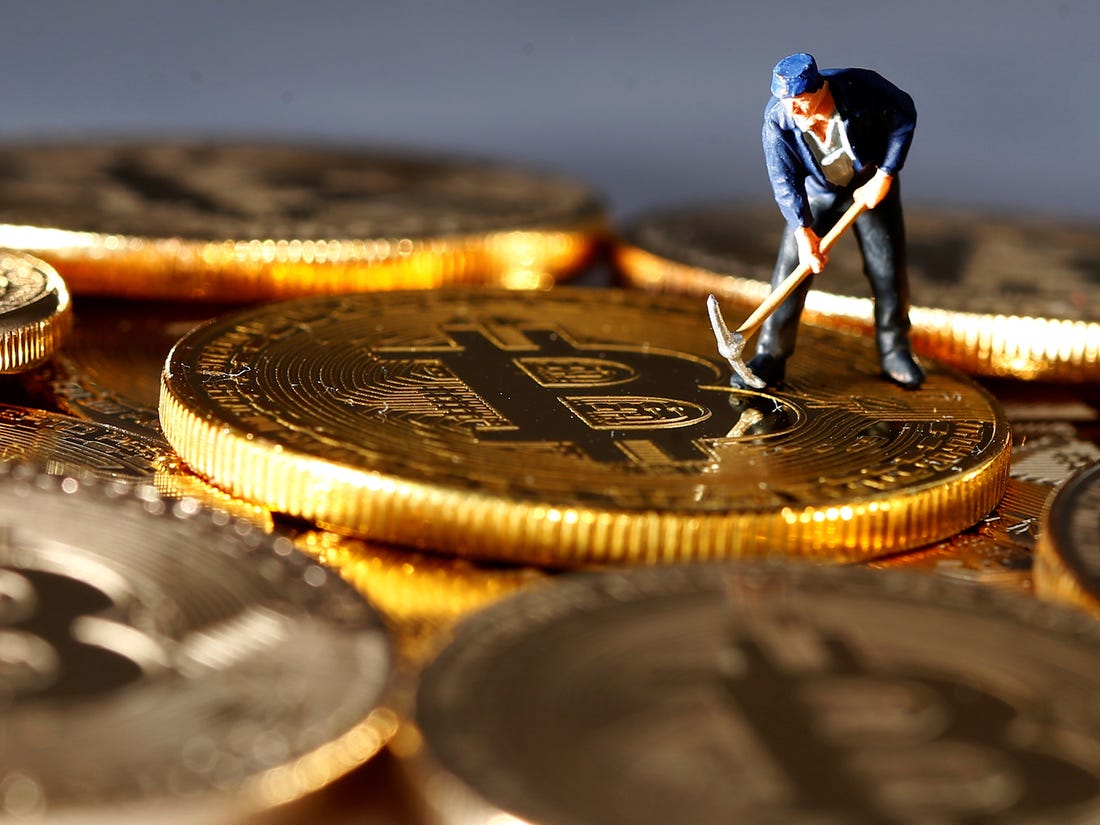 Most Bitcoin miners join a mining pool, sharing the risks and rewards; a single mining rig could take several years to mine one Bitcoin.

Bitcoin (BTC) uses the Proof of Work (PoW) consensus algorithm as the basis of its security. This means that like many other cryptocurrencies, a network of cryptocurrency miners is used to discover blocks and add pending transactions to them, to render them irreversible.

The block discovery process, which takes approximately 10 minutes per block, also results in the minting of a fixed number of new Bitcoin per block. This is currently set at 6.25 BTC per block, but halves approximately every four years (210,000 blocks), reducing the number of Bitcoin minted with each newly discovered block.

This BTC is provided as an incentive to the miner (or miners if using a mining pool) that discovered the block.

How long it takes to mine 1 BTC

Although it takes 10 minutes to discover each block and each block yields a 6.25 BTC reward for the miner that successfully discovered it, it’s important to understand that the entire Bitcoin mining network is essentially competing in this block discovery process.

This means that only a single miner in the entire mining network will actually successfully discover the block—and since there are potentially tens of thousands of Bitcoin miners in operation, the odds of single-handedly discovering a block is quite low.

For this reason, the vast majority of Bitcoin miners work together as part of a mining pool, combining their hash rate to stand a better chance of discovering a block. Then, regardless of which miner in the pool actually discovers the block, the rewards are distributed evenly throughout the pool.

Consequently, a miner that contributes 1% of a pool’s hash rate, will also receive 1% of the block rewards it accrues.

F2Pool is currently the largest pool by hash rate share, contributing around 26.73 EH/s of the total Bitcoin hash rate of 134.6 EH/s. This 19.9% hash rate share essentially means that around 19.9% of all newly minted BTC are mined by this pool—equivalent to 179.1 BTC per day (out of a total of 900 BTC distributed to all miners per day).

An individual miner that contributes 1% of the pool’s hash rate (~267 PH/s) would earn approximately 1.79 BTC per day. This means a miner would need close to 149.2 PH/s of hash rate to mine an average of 1 BTC per day at current difficulty levels.

To put this into perspective, this is the equivalent of running 2,331 of the latest 64TH/s Antminer S17e ASIC miners, which were released in November 2020. This setup would likely cost somewhere in the order of $1.86 million, assuming an average unit cost of $799/ea. This would also prove somewhat challenging, since the Antminer S17e is currently sold out (as of December 2020), and is only available at a markup via resellers.

For those with a smaller budget, it would take a single Antminer S19 Pro (an older generation, but widely available unit) a total of 1,356 days to generate 1 BTC in rewards when working with a mining pool—that’s the equivalent of generating 0.00073 BTC/day in rewards, or around $13.28/day at current prices ($18,200/BTC).

Although most Bitcoin miners tend to focus their efforts as part of a mining pool, it’s also possible to go it alone.

Unlike Bitcoin mining pools, which essentially guarantee smaller regular payouts and eliminate most of the risks involved with Bitcoin mining, solo mining is more of a gamble—but can also be more rewarding. Since solo miners don’t need to pay any mining pool fees, the overall mining profitability can be slightly higher than working with a pool, particularly for those running a sizeable mining operation.

Statistically speaking, a solo miner looking to generate 1 BTC per day would need to contribute just over 0.11% of the total Bitcoin hash rate. As we previously mentioned, this is equivalent to around 149.2PH/s or the combined output of 2,334 Antminer S17e mining units. On average this mining operation would discover a block yielding a 6.26 BTC reward every 6.25 days, which averages out to 1 BTC/day.

Because even gigantic mining operations with over 2,000 rigs would take almost a week to discover a single block, miners with just a few machines would likely go years without discovering a block, making the practice extremely risky in most cases.

Bitcoin mining in 2020 and beyond

Previously one of the largest Bitcoin mining pools by hash rate, the OKEx pool saw a 99.5% drop off in activity between October and November 2020, after the exchange halted withdrawals following reports that a crucial private key holder could not be reached.

The OKex pool has since seen its SHA256 hash rate recover considerably, and currently sits at 196.8 PH/s with over 3,400 active miners—a more than tenfold increase over its November lows.

With massive institutional investors like Grayscale, PayPal, and Cash App now buying up more than 100% of all newly-issued Bitcoin, and increasing sums of BTC locked up as wrapped tokens on other blockchains (such as Ethereum and Tron), demand for Bitcoin has increased considerably in 2020.

As a result, the price of Bitcoin has been driven up by more than 150% since the start of the year, reaching new all-time highs value on some platforms.

This article has been published from the source link without modifications to the text. Only the headline has been changed.
Source link
Facebook
Twitter
Pinterest
WhatsApp
Linkedin
ReddIt
Email
Tumblr
Telegram
Mix
VK
Previous articleBasics of Bitcoin Futures
Next articleUnderstanding Pseudo Labelling