Putting the art in AI 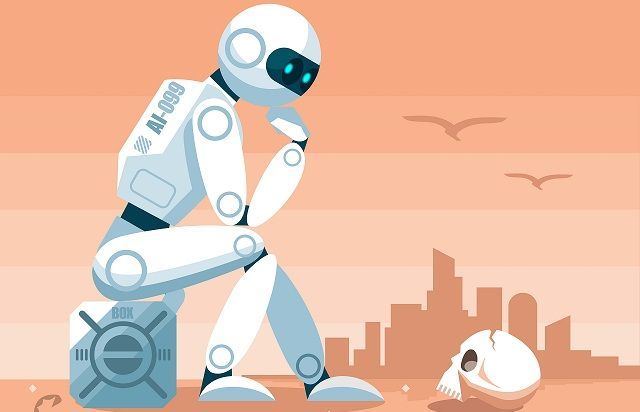 In today’s world of art, there’s a palette of algorithms at work by de artists. Take for instance, Bengaluru-based artist Raghava KK, who is in the US at the moment, collaborating with painting robots, scientists and technologists to create an artwork, six years in the making.

The show, which features international Al artists, is curated by Bengaluru-based Harshit Agrawal who shot to fame with his work The Anatomy of Dr Algorithm, where he fed images of surgeries into an algorithm and used Al to create Rembrandt-inspired art based on the images of everything from organs to fibroids

What Al does is that it uses algorithms to predict behaviour through patterns. So the more patterns give a machine for a painting, the greater precision with which the requests are processed to get a final outcome.

In Chennai, freelance software developer Siraj Hassan is working with Javascript on a series of generative artworks, which he plans to exhibit and sell, much like his earlier NFT 3D artwork Caged’ which created waves this year. “I’m a techie who is interested in art. I became deeply fascinated with how the right code can generate limitless permutations of a picture, which can then be used to create digital artwork,” says Siraj, whose work is popular among digital art collectors globally.

“Technology is increasingly shaping who we are. And as artists, we need to engage with tools of the future,” says Raghava, who had curated an exhibition of Al-created artworks in 2018, a first show of its kind in India. “The idea behind the show was to promote new media whether it be psychedelics, biotech hacking, Al or NFT,” says Raghava, who is also working on an Al artwork for Sotheby’s. “Technology initially never featured in my work, and when it did, it was hidden. But now it is time for the ‘digital artist’ in me to shine.”

Al art is collaborative in nature, where the human artist decides what needs to be done, but the machine has moved beyond being merely a tool of execution, says Harshit. “The machine plays a cocreator’s role and can influence the direction the data takes”

“People are becoming receptive to this new form of art, where human and machine are not separate entities but a continuum,” says 29-year-old techie and artist Harshit, who believes newer forms like generative art, neural art, machine learning and Al-assisted art serve as a stimulant for engaging with critical questions about the future of the world of art.

For the Terrain.art show, Harshit has created a series for which he curated 3,000 landscape paintings and then trained the computer to understand the visual patterns within them and generate its own set of landscape paintings “I then added subtle motion to them, like for instance, the feeling of wind, to further blur what is real and what is generated,” he says. The landscapes are priced around? 4.5 lakh and can be framed conventionally as well as digitally. Prices for these Al generated artworks can range from a few thousands to crores (as one portrait did at a Christie’s auction a couple of years ago)

Founder of Terrain Art Aparajitha Jain says almost all the artists in their show are technologists. The works we are presenting include 3D creatures that resemble life forms but are generated through algorithms, we have portraits painted by trained robots It goes to show the limitlessness of artistic creativity,” says Aparajitha, who believes one of the trends we will see in the near future includes ‘gaming art, where people will get to artistically explore Algenerated augmented realities

“Artists are using Al to reimagine and re-interpret alternate realities of common natural subjects and themes that might be considered passe in mainstream art today. They are in a way, asking the viewer to balance their own deep rooted understanding of the natural world and the uncanny departures introduced by Al,” says Harshit. In short, the lines between artist and machine are coming into focus even as they blur.