In The US Education Big Data Is Gaining Its Pace 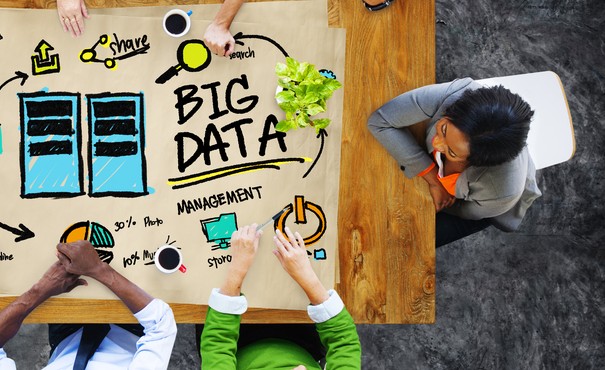 In recent years, big data in education is gaining its pace in the US

Even though technology has been at the core of the US’s development for the past few decades, it officially got major recognition during former President Barack Obama’s tenure in office. Obama looked at big data the way that no former presidents did and gave pivotal importance to it. As years passed and presidents changed, the US is still at the top when it comes to effectively using big data. Fortunately, big data in education is also gaining its pace in recent years in the country.

Big data is a term widely used to describe the exponential growth of data, particularly, the data flowing from ubiquitous mobile phones, satellites, ground sensors, vehicles, and social media. It also explains the rise of computing technologies and algorithms that harness data for valuable insights. In the public sector, big data typically refers to the use of non-traditional data sources and data innovations to make government solutions more responsive and effective. Obama was called the Big Data President by the Washington Post for his responsible actions in launching data.gov initiative and a US$200 million investment in big data research and development.

Starting from putting all government records into the public domain to initiating mass interception of telecom data, big data in US is very powerful. However, before streamlining big data into complete usage, US government officials had a lot on their minds. They held several meetings to examine the current and potential uses of big data and concluded that it represents both great opportunities and great danger. Today, the technology is the initial accelerator of most of the government moves. In education industry, the amount of data gathered through online forms are drastically surging. As the US is well-known for its distant education systems and recent spike in streamlining e-learning due to the pandemic, Edtech market in the country is also gaining momentum. This has led the government to examine the use of big data in education.

Big data initiatives by the US government and public schools

In a move to streamline big data in education, the United States Department of Education has initiated a national dashboard, which compiles public school information for the country as a whole. The dashboard keeps track of the country’s education industry prospects and research contributions. Besides, states and public schools are also taking steps to use big data in their routine working system.

State of Michigan: The state of Michigan has contributed to big data in education by assigning a dashboard that ranks performance as improving, staying the same, or declining in various areas. The dashboard focuses on fourteen indicators for student outcomes, school accountability, culture of learning, value for money, and post-secondary education.

Chicago Public Schools: The public schools in Chicago use a software called IMPACT (Instructional Management Program and Academic Communications Tool) to track student performance in for areas namely student information management, curriculum and instrumental management, student service management, and a gradebook for parents and students. Through this site, teachers can initiate public lessons and anybody who has access to it can use the facility to standardize test results, benchmark assessments, instructional resources, and discussion forums.

Regulations on big data in education

However progressive a nation may be, the regulation on technology is considerably less. This is due to changing trends in disruption. The United States is no different from any other nation on the earth. Fortunately, countries are now putting forward their moves to regulate technology and tech companies in a move to stop monopolizing. In the United States, currently, there are no laws that regulate big data in education specifically. However, there are some indirect regulations for companies and educational institutions that hold big data in US. Education institutions seeking to participate in big data operations must ensure that their proposed activities comply with privacy laws that are applicable to the data involved in their operations, as well as the institutions’ own privacy policies and all applicable contractual requirements.