Blockchain Stocks That Could Boom in 2021 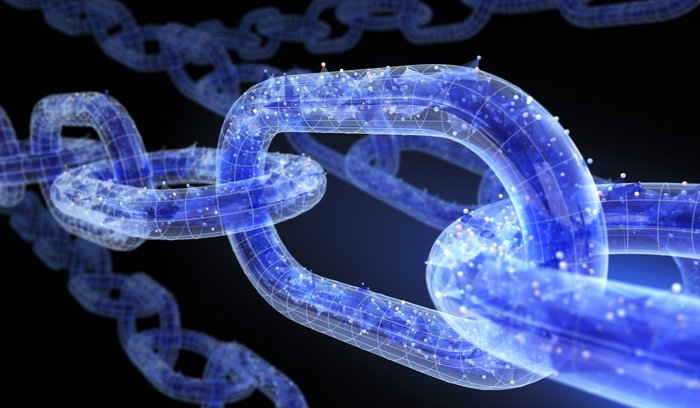 Cryptocurrencies and its underlying blockchain technology have become quite popular in the recent years. Blockchain has rapidly gained traction, driven by accelerated adoption across multiple sectors.

Blockchain is a system of open and decentralized ledger that considerably reduces chances of fraudulent activities. It is relatively faster in closing a transaction as the need for manual processing and authentication by intermediaries is eliminated as it deploys a distributed consensus.

Also, as blockchain uses distributed consensus, it is difficult to alter data on the system without alerting the entire network. This makes the system enormously secure.

Per Fortune Business Insights report, the worldwide global market for blockchain is forecast to witness a CAGR of 56.1% between 2020 and 2027 and reach $69.04 billion.

Despite being viewed with much skepticism, cryptocurrencies have been witnessing healthy adoption as the COVID-19 crisis has pushed the world toward contactless and digital payments. This is likely to give the blockchain technology a massive impetus.

Further, growing usage of distributed ledger technology and rapid migration of workloads to cloud by enterprises are expected to drive the demand for blockchain as a service (BaaS) solution.

Let’s discuss three stocks, which have strong fundamentals that position them well to capitalize on the cryptocurrency and blockchain boom.

There are a very few pureplay blockchain stocks around — Riot Blockchain RIOT being one of them.

Riot Blockchain is engaged in building and strengthening bitcoin ecosystem via “proof-of-work mining.” The company is working in advancing its bitcoin mining operations.

On Dec 21, Riot Blockchain disclosed that it purchased 15,000 S19 Pro and S19j Pro Antminers from Bitmain Technologies Limited. The company stated that the latest purchases will drive a 65% rise in bitcoin mining hash rate capacity. It will start deploying these miners from May 2021 through October 2021.

Moreover, the Zacks Consensus Estimate for revenues and earnings for 2020 indicates growth of 52.1% and 28.8%, respectively, from the year-ago reported numbers. For 2021, the consensus estimate for revenues suggests an impressive 412.5% growth while that for earnings indicates 103.9% rise. The stock has surged 1309.8% compared with industry’s growth of 9.5% on a year-to-date basis.

Overstock OSTK is an ecommerce service provider that ventured in to the blockchain domain as early as 2014 before the cryptocurrency boom. It was one of the few retailers to accept cryptocurrencies as a mode of payment.

The e-commerce retailer is expanding its footprint in the lucrative blockchain space through Medici Ventures and tZERO. The majority of tZERO’s business is owned by Medici Ventures.

tZERO technology business is dedicated to democratizing access to private capital markets. Notably, tZERO’s third-quarter 2020 revenues surged 96.9% year over year to $11.2 million. Strong user and volume growth on the tZERO ATS and Crypto App have been the major catalysts.

Overstock witnessed 631.1% surge in its share price compared with 63.8% growth for the industry. The Zacks Consensus Estimate for top line and bottom line for 2020 indicates a rise of 76.5% and 132.7%, respectively, from the year-ago reported numbers. For 2021, the consensus estimate for revenues and earnings indicates an increase of 12.4% and 2.1%, respectively, year over year.

IBM leverages Hyperledger technology and is one of the first movers in the blockchain space. The company boasts more than 500 blockchain projects.

The company’s Food Trust blockchain services are adopted by the likes of Nestle, and Albertsons Companies.

IBM is likely to play a vital role in the blockchain domain through 2021 and beyond, driven by strength in its enterprise blockchain solutions. Though the company is not in great shape right now, we believe its focus on hybrid cloud will pay off in the long term.

In addition to the stocks discussed above, would you like to know about our 10 top tickers for the entirety of 2021?

These 10 are painstakingly hand-picked from over 4,000 companies covered by the Zacks Rank. They are our primary picks to buy and hold.

Bitcoin price is facing a couple of strong hurdles near $36,750 and $37,800 against the US Dollar. BTC could decline heavily if it breaks...
Read more
- Advertisment -