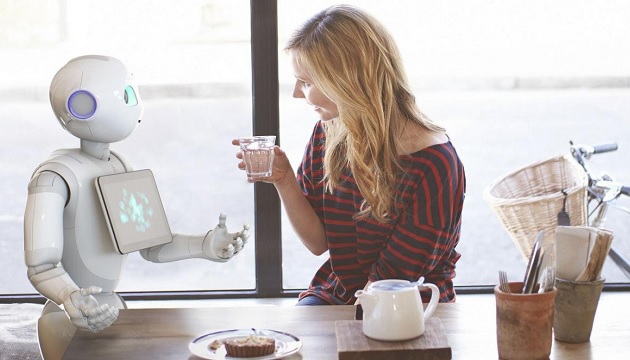 Artificial Intelligence (AI) is a fascinating technological development that is significantly impacting our present-day lives. Given AI’s potential, there is a need to carefully examine what is being entrusted to the AI system and to build mechanisms to obtain the advantages of AI and to avoid its disadvantages.

AI is a potent digital computational reality and even though AI-driven applications are widespread, still there seems to be limited appreciation of the role AI is playing in our lives. However, recent technological advances in designing self-driving vehicles have helped focus attention on AI and have helped people better understand the powerful potential of AI.

The prospect of safe self-driving or autonomous vehicles is quite amazing, and this possibility has justifiably attracted much attention. Besides autonomous vehicles, there are other, much less stunning, present usages of AI that can be seen in diverse areas of everyday life, such as, in manufacturing, transportation, energy and healthcare.

One area where AI is having a significant impact is in internet-based applications and online services. Web search engines, such as Google, use AI to provide search results; Amazon uses AI to recommend books to its customers; and Facebook uses AI to target advertising to users. Online voice assistants like Siri and Alexa are also using AI to understand human speech.

The definition of AI varies; this variability contributes to muddying the understanding of this technology. In relatively simple terms, AI can be thought of as non-human machines, in limited situations, responding to a stimulus in a manner that is somewhat comparable to the human capacity to respond.

Along with this growth in technological capacity is the increasing benefit that can be realized by businesses in providing AI supported digital solutions and the benefit that can be realized by consumers in utilizing these solutions. The positives of AI include that it can provide business organizations revenues and profits and that it can provide consumers some combination of convenience, cost savings, time savings, etc.

As we move towards the further adoption and usage of AI-aided systems, it is important to also look at the negatives that come with these systems. One area of concern is the impact an expansion in AI-supported solutions will have on employment. The improvements in AI-driven systems will increase productivity and will aid in automation. Progress in these areas will mean that the need for human labor will decline. The impact of AI will vary from industry to industry, but the results might be quite disruptive if there is a shrinking of the number of low skilled labor-intensive manufacturing or service jobs.

The very understandable calculations around cost will most likely drive large-scale adoption of AI-driven solutions. However, cost will not be the only consideration in adoption and the overall safety and reliability of the AI systems will also be very important. These concerns can be very consequential if we take the case of self-driving vehicles: What happens if the AI system malfunctions on a crowded highway? Who is to blame if an AI-driven system of autonomous vehicles malfunctions and crashes and kills several people?

To understand that we are moving into unchartered territory, we can look at the rules and regulations that are in-place to ensure that vehicles are driven by human drivers in a safe and orderly manner. Laws are in place in most countries where you have a driver’s test, a licensing process, and a system of disincentives for traffic violators. These disincentives can include fines, suspension of driving licenses, impounding of vehicles and even prison sentences. Since the existing traffic regulations will not be suitable in the case of self-driving vehicles, what kind of traffic rules and regulations will be needed to address the actions of self-driving vehicles?

The area of autonomous systems and assigning responsibility for decisions and actions taken by an AI-driven system is laden with complexity. An AI system is by definition a mechanism that takes decisions with a certain scope of autonomy. Here is an area that will require the government to step-in with new laws and regulations that accommodate the situations that involve AI technology.

There is a certain element of opacity in higher-level AI systems. In addition to programming deficiencies, there can also be influences of the quality of the input data into the system. The programming of the AI system may incorporate biases of the programmers. A complicating factor is that the decisions made by AI systems are not always explainable. Thus, the extent of trusting in the decisions taken by an AI system needs to be justified. To ensure a more trustworthy AI system there needs to be a certain amount of human oversight. Also, the human rights of the humans affected by an AI system need to be taken into consideration.

AI is an influential technological reality that has to be contended with. To realize the benefits of AI and restrict the negatives, policy influencers need to better understand AI and then institute regulatory regimes that will help use this powerful technology to improve lives.