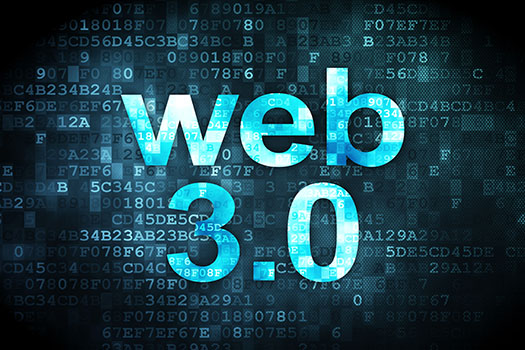 When Satoshi Nakamoto invented Bitcoin in 2009, we began to envision decentralized finance as an alternative to traditional banking. A little more than a decade later, we are starting to see that technologies behind Bitcoin can be used to create a fully reimagined internet – one that leverages our collective computing capacity, data and devices to become far more powerful and resilient than it is today.

To say the internet has created astounding pathways for opportunity and success is an understatement. It has democratized access to information, created boundless economic opportunities and connected people worlds apart. In 1990, fewer than 1% of the world’s population was online. Thirty years later, that number has jumped to 59% of the world’s ever-growing population. Even narrowly defined, the internet today contributed 10% of the U.S. economy. It is undoubtedly one of the most important technologies ever invented.

This growth has come at a price. Today’s internet looks less like its inventors’ visions of a decentralized, democratic information network and more like an oligopoly controlled largely by the companies that own the data. Big Tech platforms know for whom and what we search, who are our friends and family, what we like and dislike. These companies capitalize on our digital identities for their lucrative advertising-based business models, capturing enormous value at the expense of the privacy of their users.

Most users accept the privacy and opportunity costs because of the convenience and value these services provide. But we have to ask ourselves: Do we want our personal data to continue as the engine of the internet economy? Is there a better path forward for the internet of 2030?

In a few years, all companies will need to rethink their operating models to treat their users as crucial partners from the start. Proprietary platforms might start to become open-source protocols. Companies’ sustained competitive advantages will come from product and technological superiority but also from user loyalty and trust. To succeed, companies will need to move toward more open services with plentiful value capture opportunities for users along the way.

In the last few years, internet visionaries such as Tim Berners-Lee and scores of newcomers have been exploring the merits of a new internet built on some of these ideas as well as the principles of privacy and decentralization. This technological movement is now called “Web 3.0.”

Web 3.0 networks are powered by decentralized protocols. These protocols rely on and engineer the cooperation of their users to drive specific outcomes, whether that means running millions of programs (smart contracts) through the Ethereum decentralized computing platform or powering a truly decentralized data storage marketplace such as Filecoin (where I work).

THE INTERNET IS ONE OF HUMANITY’S MOST IMPORTANT TECHNOLOGIES. LET’S MAKE SURE IT SERVES US WELL FOR DECADES TO COME.

Instead of relying on trusted intermediaries to coordinate users, Web 3.0 systems use mechanisms such as cryptographic proofs and economic incentives to guarantee users that the system is working as expected. As a result, Web 3.0 networks are trustworthy, yet decentralized. And because these projects succeed only if their users cooperate, their creators have strong incentives to align with their users’ best interests.

Instead of extracting value from their users, Web 3.0 networks will capture value by creating opportunities for them. In this way, Web 3.0 protocols essentially turn the economic incentive structure of today’s internet on its head.

In the last few years, we have seen a Cambrian explosion of Web 3.0 applications, from decentralized lending and mobile payment solutions to video encoding services to decentralized advertising exchanges. These projects all rely on many individuals devoting resources collectively to create diverse open services and products. And because they require collective user cooperation to succeed, these projects make it a core tenet to protect, not exploit, their users and their privacy.

There is a lot to do before we can truly say we have built a more performant, secure and resilient internet infrastructure for all of humanity. But we’re getting closer every day. Decentralizing the internet will shift its power structure and redistribute ownership of this critical technology to individuals like you and me. The internet is one of humanity’s most important technologies. Let’s make sure it serves us well for decades to come.