Understanding the Disruptive capacity of Blockhain 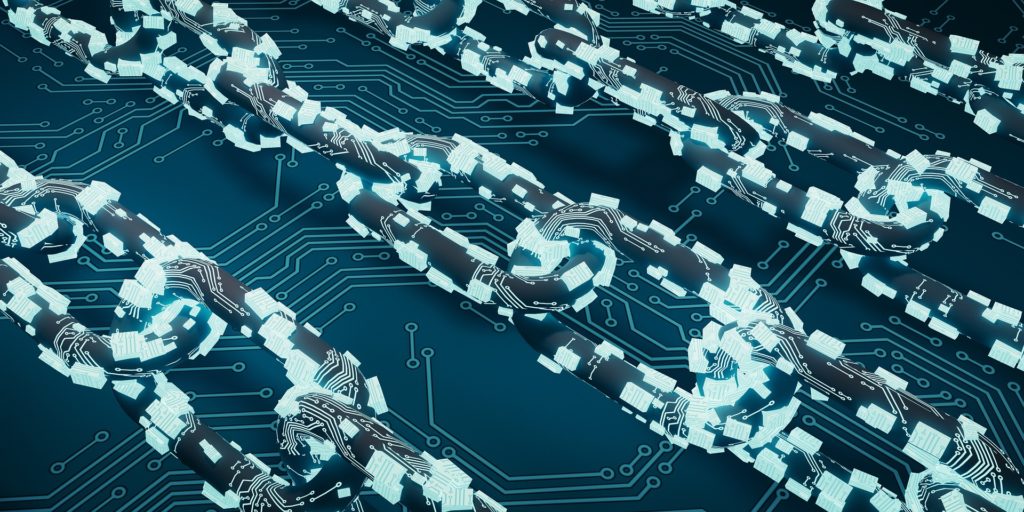 “Will blockchain disrupt my industry?” is one of the most asked questions since the technology’s inception in 2008. And rightfully so.

With transparency and increased security being at the core of the blockchain concept,  solving many of the modern issues for corporations and individuals alike, blockchain seems to be positioned perfectly for triggering fundamental changes all around.

The core blockchain concept of a decentralized network provides increased transaction transparency and security than any existing information system. Hence, this technology offers answers to many of the modern issues corporations and individuals both face at the moment. In this sense, blockchain seems to be perfectly positioned for triggering fundamental changes all around.

However, to fully understand the term disruption and how to distinguish it from buzzwords companies use to stand out, it’s essential to take a look at some of the most famous disruptive innovation examples and understand how people chasing dreams took their respective industries by the storm.

At the sunset of the 19th century, electric companies have been aggressively competing in a promising new industry that was drawing a lot of capital in. It inevitably led to what is now known as the war of the currents — a battle between two high-profile figures of the time, Nikola Tesla and Thomas Edison and their inventions — high voltage alternating current (AC) and direct current (DC) systems, respectively.

One of Nikola Tesla’s inventions, AC, was first deemed too dangerous for common use, especially after being promoted as such by the competition. However, the advantages of long-distance, high-voltage current transmission, as well as low-cost maintenance soon gained traction as the electricity was slowly entering homes at large.

Moreover, it opened the possibility of achieving greater economies of scale and boosting industrial development further and faster than anyone anticipated at that time.

Although a constant in our lives today, when it first appeared the telephone represented groundbreaking technology — a means of transmitting information vocally across great distances in a quick manner.

It allowed for efficient communication between towns, countries, and finally continents which translated into social decentralization, more flexible work arrangements, aid to first responders, etc. The change in people’s everyday habits was enormous, but it also created opportunities for a completely new industry to be born and grown around Bell’s invention.

Although it has changed and improved greatly over the century and a half, the telephone’s influence has been as disruptive to people’s everyday lives then as blockchain commercialization is today.

In more recent history, one of the greatest inventor figures certainly has been Steve Jobs. With a long list of devices that revolutionized the computer and mobile communications industry, Jobs and his business partner Steve Wozniak made complex computer technology more user-friendly and comprehensible even to a layperson.

It also popularized the use of technology outside of strictly scientific or business-related environments. For instance, one of Steve Jobs’s inventions — the iPod, with its small dimensions, made music more available to people on the go. And while it may not sound like such a disruptive invention, music lovers who were once towing cassette players or were confined to enjoying their favorite tunes in their homes, now had practically unlimited possibilities and to them — that was positively disruptive.

Not to mention the increased reach music now possessed which ultimately upturned the entire industry.

During the 1980s, Nintendo became a household name, but the truly disruptive innovation by one of the most famous people in tech came two decades later with the introduction of a completely new way of playing video games.

What Miyamoto did was making video games much easier to control via hand gestures — an idea that practically rebooted the videogame industry and made Nintendo’s competitors follow its lead in terms of future developments. It also created an amazing opportunity for video games to remain the favorite pastime by creating a new experience for players.

And even though it was surpassed by the future improvements, Shigeru Miyamoto’s inventions made a permanent mark on a generation and created a demand for decades to come.

During the 1980s, Nintendo became a household name, but the truly disruptive innovation by one of the most famous people in tech came two decades later with the introduction of a completely new way of playing video games.

What Miyamoto did was making video games much easier to control via hand gestures — an idea that practically rebooted the videogame industry and made Nintendo’s competitors follow its lead in terms of future developments. It also created an amazing opportunity for video games to remain the favorite pastime by creating a new experience for players.

And even though it was surpassed by the future improvements, Shigeru Miyamoto’s inventions made a permanent mark on a generation and created a demand for decades to come.

With the idea of making renting movies easier, Marc Randolf and Reed Hastings started purely a movie rental company in 1997. The concept was simple — order movies online, get them in the mail, return them the same way when done. Even then, it was a new take on video rental stores and an especially convenient option for those who didn’t have one nearby.

However, the two have gotten their names on the list of innovators with the idea of turning Netflix into a video content streaming platform. It seemed so simple, yet so ridiculous — why would movie studios even want to get in on that? Would users pay to watch movies and TV shows in an entirely new way? As it turned out, yes, users saw the value and started flocking to subscribe to the service.

The level of disruption Netflix has initiated in the rental movie industry is clearly seen in the fact that it has reduced its fiercest competitor Blockbuster to one final store out of 9,000 by forever changing the way we access video content and becoming a need for numerous movie buffs out there.

So What Does Disruption Mean?

Based on the industry disruption examples, an idea that is at the bottom of the market — undervalued and with a low-class reputation — but with enough advantages over well-established products or services to become more appealing to the same consumer to displace them altogether.

These are precisely the characteristics that blockchain is able to contribute to a variety of industries and thus drastically change their landscapes and force companies to adapt quickly or perish.

For instance, by implementing smart contracts companies like Shutterstock are able to reduce tax liability and reduce the fees associated with international financial transactions.

There have been significant changes in several industries already and more are expected to take place. Here are the most affected industries by blockchain-brought innovations:

Without the need for intermediaries or centralized institutions, people are engaging in P2P lending and borrowing, with complete control over assets via non-custodial wallets, and maintaining control over their rights to assets and identities.users’ rights to identity and its safekeeping. Blockchain changing all aspects of existing financial services is one of the most notable.

The biggest financial services disruption from Blockchain has already begun with the DeFi (Decentralized Finance) movement. The decentralized financial system running allows all actors relevant to conduct transactions in a completely transparent and accessible manner and within fair governance standards.

Given the speed with which blockchain technology is developing and the variety of uses it brings, it’s inevitable that it touches all aspects of business development. Bearing this in mind, it makes sense for your company to proactively take on the role of disruptor and make changes on your own terms.

Blockchain will disrupt every industry — will your company be ready?

This article originally appeared on aikon.com