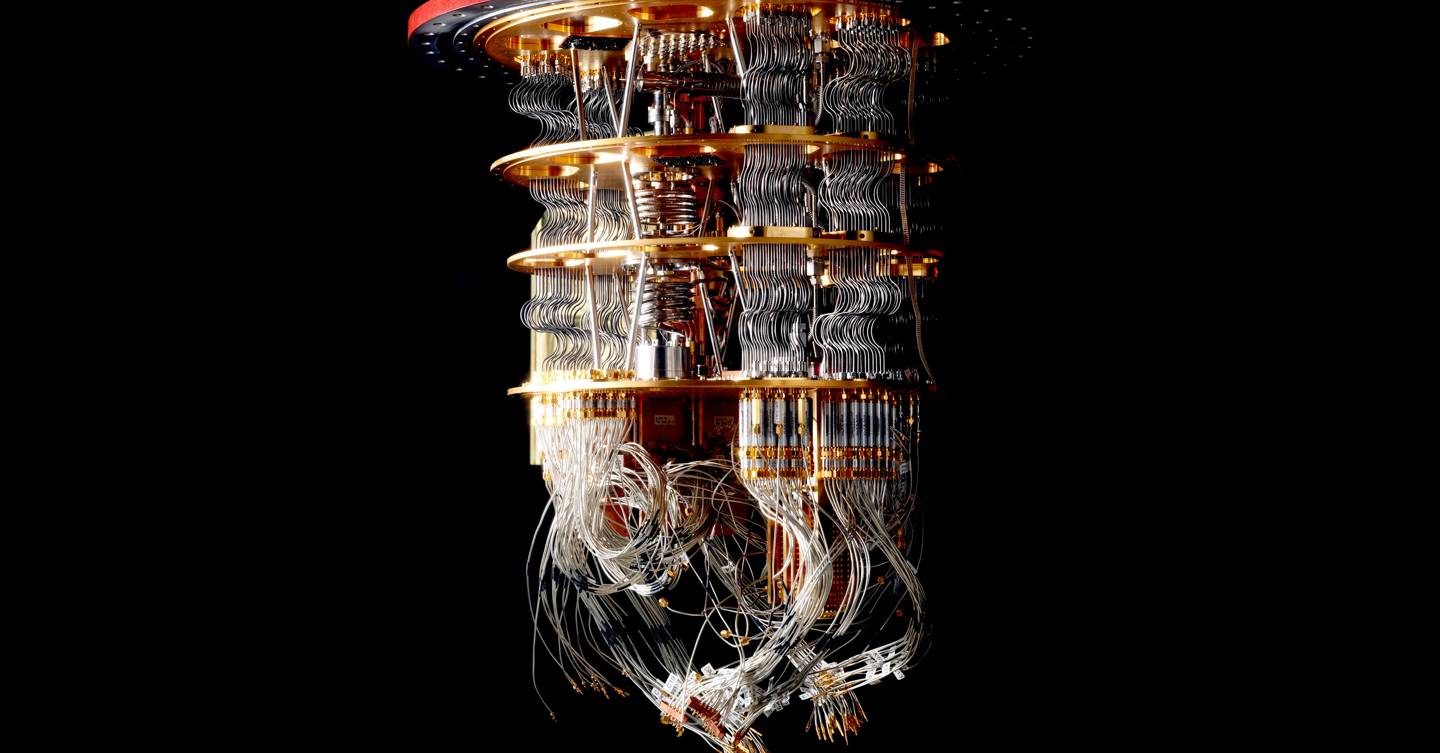 Imagine if we could simply train an AI to look at the data coming from the quantum machine, figure out what makes sense and what is probably wrong without human intervention.

Quantum supremacy, as defined in 2012 by a professor of theoretical physics named John Preskill, occurs when a quantum system is able to solve a problem that no traditional computer is capable of within a reasonable amount of time. He later clarified that definition further and also agreed that the NASA and Google partnership had in fact achieved quantum supremacy.

There is some controversy as to whether the NASA/Google quantum computer partnership gamed the system a little bit, creating a problem that specifically played to the strengths of quantum machines and the weaknesses of traditional computing architectures. There was even disagreement as to how long a supercomputer would take to solve the unique problem used in the supremacy test, with Google saying it would take 10,000 years, while rival IBM said it could be solved on one of their supercomputers in about two days.

But for the sake of argument, let’s assume that quantum supremacy was achieved. Just like for a dog that finally catches one of those cars that it’s always been chasing, the question then becomes, what do we do now? Certainly, we will continue to improve the speed and especially the accuracy of quantum computing. One of the biggest problems right now is that quantum machines return a lot of junk answers (what the scientists refer to as noise) to almost any question mixed in with the actual solution. You can check out this Nextgov article about the specific differences between quantum and traditional computers if you want to know more about how quantum works. I have little doubt quantum will get faster and more accurate, but what can we do with that power right now?

One thing we might try, which could solve a lot of the problems of quantum right now, is to plug it into, or merge it with, an artificial intelligence. This was suggested by AI entrepreneur Gary Fowler in a recent article in Forbes. Fowler has worked on numerous computer-intelligence projects with many companies over the years, so he knows the strengths and limitations of AI, machine learning and other related technologies.

As Fowler explains it, today’s computer intelligences are limited by the amount of data they have access to, and how quickly they can analyze it. Many of the problems affecting AI today, including things like accidentally programming inherent bias into their systems, could be caused by the limitations of the datasets they are using. Employing quantum computers to give an AI quick access to trillions more data points could supercharge its accuracy and usefulness.

“The size of the dataset determines the quality of the results, so if the information isn’t ample, the output won’t be promising either,” Fowler wrote. “However, thanks to quantum computing’s ability to go beyond the traditional binary coding system, it makes it possible to enlarge and enrich the data set, both in terms of volume and diversity.”

Another argument for government to bring AI into its quantum computing program is the fact that the United States is a world leader in the development of computer intelligence. Congress is close to passing the AI in Government Act, which would encourage all federal agencies to identify areas where artificial intelligences could be deployed. And government partners like Google are making some amazing strides in AI, even creating a computer intelligence that can easily pass a Turing test over the phone by seeming like a normal human, no matter who it’s talking with. It would probably be relatively easy for Google to merge some of its AI development with its quantum efforts.

The other aspect that makes merging quantum computing with AI so interesting is that the AI could probably help to reduce some of the so-called noise of the quantum results. I’ve always said that the way forward for quantum computing right now is by pairing a quantum machine with a traditional supercomputer. The quantum computer could return results like it always does, with the correct outcome muddled in with a lot of wrong answers, and then humans would program a traditional supercomputer to help eliminate the erroneous results. The problem with that approach is that it’s fairly labor intensive, and you still have the bottleneck of having to run results through a normal computing infrastructure. It would be a lot faster than giving the entire problem to the supercomputer because you are only fact-checking a limited number of results paired down by the quantum machine, but it would still have to work on each of them one at a time.

But imagine if we could simply train an AI to look at the data coming from the quantum machine, figure out what makes sense and what is probably wrong without human intervention. If that AI were driven by a quantum computer too, the results could be returned without any hardware-based delays. And if we also employed machine learning, then the AI could get better over time. The more problems being fed to it, the more accurate it would get.

So perhaps the path forward, beyond just developing faster and more accurate quantum technology, is to try and pair it with artificial intelligence. Quantum computing could improve on some of its traditional shortcomings. And AI technology could become “smarter” and more accurate by gaining access to previously unheard of dataset sizes, which the quantum machine could help it process. This could be a case where two technologies could become stronger when deployed together, and the United States just happens to be a leader in both areas.