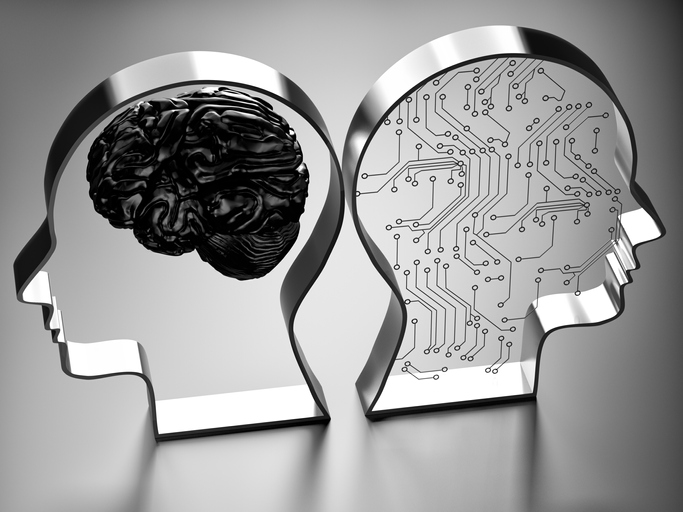 Today, we are running after AI that has cognitive capabilities of the human brain

For a very long time, humans have been trying to design a machine that has complex capabilities like how human brain does. When artificial intelligence first came into existence, people thought that making a model that imitates humans will be easy. But it took more than five decades for scientists to turn the concept successful. Today, we are running after machines that carry the cognitive capabilities of human brain in it.

Why is designing a mechanism that is similar to human brain complex? To be honest, researchers are still working on finding how human brain functions. Even though our daily works and actions are just a part of simple routines, the brain has cognitive capabilities that power our body to cooperate with it. While researchers have explored some of the ends of brain, some others still remain an unsolved riddle. Maybe that’s why researchers took the complex human brain as an inspiration to formulate a machine brain. Unfortunately, recreating cognitive capabilities in a deep neural network is not easy and it is the elusive goal of artificial intelligence. But neural networks emerge as a source to emulate human and machine connections. As neural networks evolve, other human cognitive skills are also becoming increasingly relevant. However, despite the challenges, more AI researchers are engaged in implementing algorithms that are inspired by specific cognitive mechanisms in the human brain that have been producing incredibly promising results.

Human-machine interaction is already in place, thanks to Watson, Siri, Cortana, etc. But for artificial intelligence to have a truly transformational impact, artificial neural networks need to be further reinforced by human native intelligence. But why is it hard for scientists to replicate human brain with machine capabilities? It is because humans did not reach the place they are today easily. They have been through a lot. The human brain has advanced over time in responding to survival instincts, harnessing intellectual curiosity, and managing the demands of nature. Starting from the time when Neanderthals hunted animals for food to today, humans realizing that light-weighted wings could make a helicopter fly on Mars, everything was a slow evolution. While the human brain finds ways to exceed our physical capabilities, the combination of mathematics, algorithms, computational methods, and statistical methods is accelerating our scientific pursuit.

The same doesn’t happen to machines. Rather than making it learn, we put algorithms in it to power it. Even though the scare of a dystopian future is kept at a side, people are curious to know what a machine that has every human’s cognitive capabilities look like. This has further accelerated when the brain-computer interfacing concept came to light. Start-ups like Elon Musk’s Neuralink and Bryan Johnson’s Kernel are heating the argument further by enhancing machine capabilities through interlinking. Henceforth, let’s explore some of the human cognitive capabilities that are serving as an inspiration to artificial intelligence brain.

Have you ever thought that machines can’t focus on something and get distracted to other when it hears a sound or sees something out of the box? But, we, humans do that all the time. Furthermore, we can do both. We can focus and give our attention to a certain thing for a long time by forgetting what is around us, and on the other hand, we can also divert our attention when necessary. Researchers are taking inspiration from the human brain’s attention mechanism. They are powering convolutional neural networks (CNN) or deep generative models by the deep learning methods.

Thinking is a routine activity of humans. We don’t put too much effort to come up with solutions. The reason behind this is we have memory, information process, speech or object recognition capabilities, etc. that are simultaneously working along with us. This can be replicated in artificial intelligence models by creating theoretical models of the human brain for inter-disciplinary studies on its functions, including vision, motion, sensory control, and learning.

Recognizing certain things is comparatively tough for machines. In order to recognize an object or a voice, artificial intelligence models have to be fed with similar data. Only after showing thousands of images of a monkey, the model will be able to recognize it correctly. Henceforth, the mechanism behind the machine brain is reproducing brain data. It helps machines detect an object in various positions under different lighting conditions.