Deep Learning Algorithms One Should Know 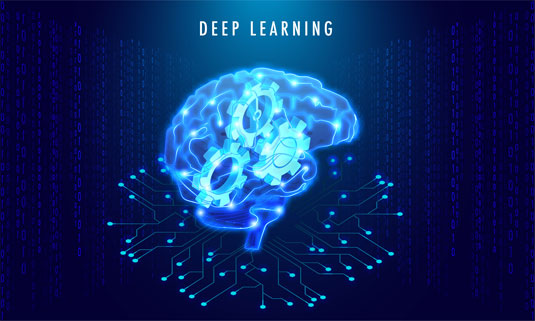 Deep learning has gained massive popularity in scientific computing, and its algorithms are widely used by industries that solve complex problems. All deep learning algorithms use different types of neural networks to perform specific tasks.

This article examines essential artificial neural networks and how deep learning algorithms work to mimic the human brain. It covers the following topics

What is Deep Learning?

Deep learning uses artificial neural networks to perform sophisticated computations on large amounts of data. It is a type of machine learning that works based on the structure and function of the human brain.

A neural network is structured like the human brain and consists of artificial neurons, also known as nodes. These nodes are stacked next to each other in three layers:

Data provides each node with information in the form of inputs. The node multiplies the inputs with random weights, calculates them, and adds a bias. Finally, nonlinear functions, also known as activation functions, are applied to determine which neuron to fire.

While deep learning algorithms feature self-learning representations, they depend upon ANNs that mirror the way the brain computes information. During the training process, algorithms use unknown elements in the input distribution to extract features, group objects, and discover useful data patterns. Much like training machines for self-learning, this occurs at multiple levels, using the algorithms to build the models.

Deep learning models make use of several algorithms. While no one network is considered perfect, some algorithms are better suited to perform specific tasks. To choose the right ones, it’s good to gain a solid understanding of all primary algorithms.

CNN’s, also known as ConvNets, consist of multiple layers and are mainly used for image processing and object detection. Yann LeCun developed the first CNN in 1988 when it was called LeNet. It was used for recognizing characters like ZIP codes and digits.

How Do CNNs Work?

CNN’s have multiple layers that process and extract features from data:

Below is an example of an image processed via CNN.

LSTMs are a type of Recurrent Neural Network (RNN) that can learn and memorize long-term dependencies. Recalling past information for long periods is the default behavior.

LSTMs retain information over time. They are useful in time-series prediction because they remember previous inputs. LSTMs have a chain-like structure where four interacting layers communicate in a unique way. Besides time-series predictions, LSTMs are typically used for speech recognition, music composition, and pharmaceutical development.

How Do LSTMs Work?

Below is a diagram of how LSTMs operate:

RNNs have connections that form directed cycles, which allow the outputs from the LSTM to be fed as inputs to the current phase.

The output from the LSTM becomes an input to the current phase and can memorize previous inputs due to its internal memory. RNNs are commonly used for image captioning, time-series analysis, natural-language processing, handwriting recognition, and machine translation.

How Do RNNs work?

Here is an example of how Google’s autocompleting feature works:

GANs are generative deep learning algorithms that create new data instances that resemble the training data. GANs have two components: a generator, which learns to generate fake data, and a discriminator, which learns from that false information.

The usage of GANs has increased over a period of time. They can be used to improve astronomical images and simulate gravitational lensing for dark-matter research. Video game developers use GANs to upscale low-resolution, 2D textures in old video games by recreating them in 4K or higher resolutions via image training.

How Do GANs work?

Below is a diagram of how GANs operate:

RBFNs are special types of feedforward neural networks that use radial basis functions as activation functions. They have an input layer, a hidden layer, and an output layer and are mostly used for classification, regression, and time-series prediction.

See this example of an RBFN:

MLPs are an excellent place to start learning about deep learning technology.

MLPs belong to the class of feedforward neural networks with multiple layers of perceptrons that have activation functions. MLPs consist of an input layer and an output layer that are fully connected. They have the same number of input and output layers but may have multiple hidden layers and can be used to build speech-recognition, image-recognition, and machine-translation software.

How Do MLPs Work?

Below is an example of an MLP. The diagram computes weights and bias and applies suitable activation functions to classify images of cats and dogs.

How Do SOMs Work?

Below, see a diagram of an input vector of different colors. This data feeds to a SOM, which then converts the data into 2D RGB values. Finally, it separates and categorizes the different colors.

DBNs are a stack of Boltzmann Machines with connections between the layers, and each RBM layer communicates with both the previous and subsequent layers. DBNs are used for image-recognition, video-recognition, and motion-capture data.

How Do DBNs Work?

Below is an example of DBN architecture:

Developed by Geoffrey Hinton, RBMs are stochastic neural networks that can learn from a probability distribution over a set of inputs.

How Do RBMs Work?

Below is a diagram of how RBMs function: 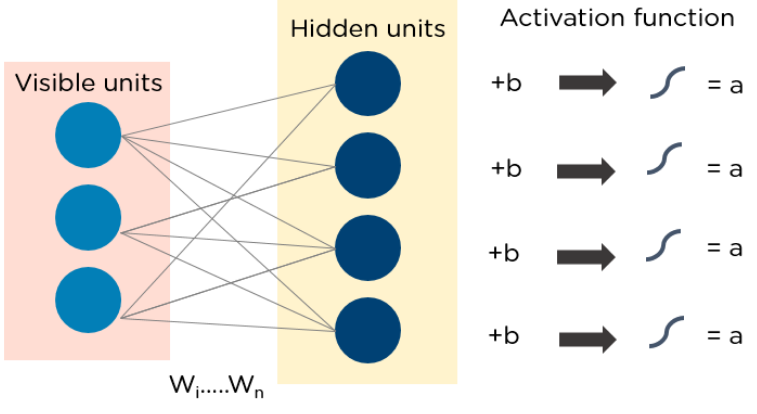 Autoencoders are a specific type of feedforward neural network in which the input and output are identical. Geoffrey Hinton designed autoencoders in the 1980s to solve unsupervised learning problems. They are trained neural networks that replicate the data from the input layer to the output layer. Autoencoders are used for purposes such as pharmaceutical discovery, popularity prediction, and image processing.

How Do Autoencoders Work?

An autoencoder consists of three main components: the encoder, the code, and the decoder.