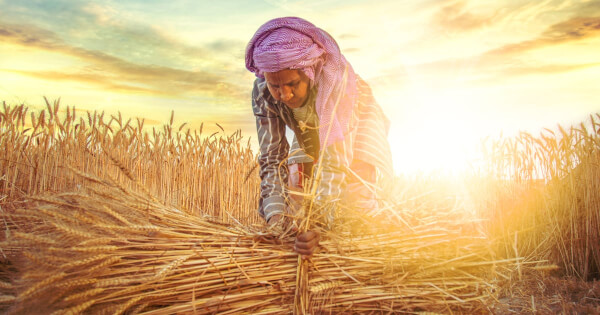 The launch follows extensive prelaunch trial implementation with firms from Algeria, Brazil, Dubai, Japan and Ukraine. In November 2018, Cointelegraph reported on the platform’s early use to conduct a pilot transaction of Black Sea wheat from the Russian port city of Novorossiysk.

Cerealia told reporters that it has sought to address the need for a fast trading platform in the global Russian wheat market and to combine this with a more reliable, transparent and technologically sophisticated execution program. CEO Andrei Grigorov said:

“Traders can now be 100% certain they really did the trade, versus traditional over-the-phone brokerage. Instantly, they have digitally signed contracts and blockchain-registered records ‘forever.’”

As the world’s top wheat producer, transactions in the Russian market also include corn, barley, and other grains and vegetable oil trades. According to Cerealia, transaction volumes in the first week of launch are reaching up to 20,000 metric tons of grain.

Earlier this fall, world-leading agribusiness firms from the United States, France, China and the Netherlands launched a joint venture that will use blockchain technology to streamline logistics processes in the agricultural sector in Brazil. Between them, the commercial partners involved move around 550 million tons of grains and oilseeds per year.

A record-breaking year for DeFi, but can it break away from the negative perceptions around yield farming and pump-and-dump schemes? While 2020 will go down...
Read more
Blockchain News