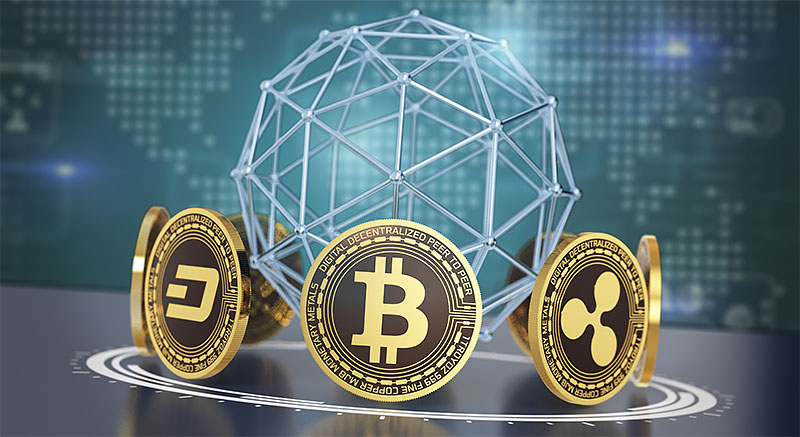 Bitcoin is not a fad, and not being able to use it to buy a cup of coffee is not a reasonable argument, according to Michael Sonnenshein, managing director of Grayscale Investments, the largest digital currency asset manager.

Growing involvement of major players in the financial services realm “really speaks to the staying power of the asset class and validates other people getting involved,” he told Business Insider in an interview.

Sonnenshein, whose firm oversees almost $11 billion crypto assets, said the global pandemic this year was another key driver behind Bitcoin investments. Grayscale saw investors with different motivations and appetites to allocate the digital token to their portfolios this year.

Investors are no longer hanging on to the idea that because we’re not using Bitcoin to buy a cup of coffee, it has failed as a currency, Sonnenshein said.

“I think they understand today that buying Bitcoin and putting it in their portfolio is meant to be a store of value, inflation hedge, a digital gold, a digital form of money that is much better suited to the digital world we live in today versus historical stores of value like gold which would have been certainly much more applicable to a world characterized by physical exchanges. They view it as one of the most important next steps in the evolution of money and what constitutes a store of value.”

After the pandemic brought money markets to a grinding halt earlier this year, Bitcoin’s sustained power and demonstration of resiliency shows that it was one of the best-returning investments, he said.

For skeptics who question the token’s validity across conventional financial institutions, he said: “Bitcoin was born outside of the traditional financial services realm, it was not born into an arena where it was to be traded on a stock market or that it was going to be custodied in the same way that stocks or bonds are.” Sonnenshein thinks people should not get hung up over the fact that there are only 21 million Bitcoin that will ever be in circulation.

Each coin is divisible to the eighth decimal place, meaning that there are a 100 million units inside each Bitcoin. That is one of the asset’s features investors like because they can buy just a fraction of the coin and add to their position overtime, Sonnenshein said.

“When you think about how many millionaires or billionaires or even just what the global population is, there’s 21 million Bitcoin times the 100 million units within each Bitcoin,” he said. “There’s a possibility for anyone who wants to get involved to be able to own some piece of the Bitcoin protocol.”

The price began surging higher in October after PayPal announced it would allow its users to buy, sell, and hold the token. Jack Dorsey’s payments company Square invested in nearly 5,000 Bitcoins in October, US tech firm Microstrategy bought 16,796 coins, and UK startup Mode also joined in on the frenzy

. Crypto bulls say it is only a matter of time before it is widely adopted.

Cryptocurrencies may never be able to work as actual currencies, according to UBS Global Wealth Management. The "fundamental flaw" inherent in cryptocurrencies is that supply...
Read more
Blockchain News

BlackRock has authorized two of its funds to invest in bitcoin futures, according to filings with the SEC. The two funds are: BlackRock Strategic Income Opportunities and BlackRock Global...
Read more
Blockchain News

Crypto now bigger than the world

Remember when bitcoin was “the ninth-biggest asset in the world”? Pretty impressive stuff (even if not actually true). Introducing “Wrapped Bitcoin”: Yes that’s a screenshot from...
Read more
- Advertisment -